Intrepid Fellowship recipient, Julynn Wildman will be hosting a series of workshops surrounding her upcoming exhibit

The Holter Museum of Art and Intrepid Credit Union are excited to announce this year’s Intrepid Artist Fellowship recipient, Julynn Wilman! Julynn’s year-long fellowship will allow her to research, choreograph, teach and create “Body in Motion”; her vision that will  be on view in the High Gallery October – December 2021.

Julynn Wildman is a Helena, MT artist, dancer, and educator. With childhood roots in both rural western and front-range metropolitan Colorado, Julynn grew up with the early influences of modern dance, creative movement and subalpine environments. Julynn is deeply influenced by her role as an arts educator and teacher. She has taught dance in settings from studio classes and workshops to special needs classrooms and therapeutic group homes. She has been honored to teach through a number of Helena’s leading arts and performance organizations such as they Myrna Loy Center, Cohesion Dance Project, Creative Arts Center, and the Holter Museum of Art. 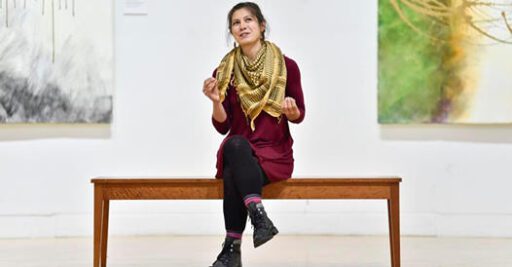 “The Body in Motion” is a dance film and installation that explores human anatomy and evolution. The film follows a young girl on a surreal journey through the animal kingdom as she encounters creatures whose movements and stories teach her about her own movement and body.

In these community workshops, we will dive deeper into a few of the stories told in the film. Each workshop focuses on a scene from the story, introducing the community to the story, its characters, and the research behind the scenes.

These workshops also provide an optional performance opportunity for those who want to provide movements for the final film.

In-person space is limited and online options are available.

Linda is a sifaka who teaches an 80’s style dance fitness class.The attendees of this high-energy workout, however, are not as bipedally gifted as Linda and perform their workouts instead on all fours or on their stomachs.

With a liberal use of imagination and humor, we’ll experience the spectacular and unique movement capacities of animals specialized to their environments and occupations. We’ll look at basic orientations, directions, ranges of motion, and more as we try to figure out things like: what would a successful grapevine be for a sea otter? How does a crab salsa? Can a turtle do hurdles?

Draca is a mantis shrimp who teaches a paint-and-sip style art class and whose unique eyes bestow her with a vibrant color spectrum including ultraviolet, infrared, and polarized light. Draca’s class is filled with pupils (pun intended) whose diverse eye structures make for very different interpretations of their subject, ranging from  dichromatic to high contrast to panoramic and everywhere in between.

In this workshop, we’ll dive into the visual life of the different animal participants in Draca’s painting class. We’ll use painting and visual arts to take a look at the different eyes and visual receptors in the animal kingdom. We’ll research different structures of eyes including compound eyes and chambered eyes, rod and and cone receptor cells, pupil shape, and we’ll use visual arts to express and explore these differences in perception.

The Imp is the human phenotype, that is that specimen which is the epitome of the species homo sapien. Throughout her dance, the Imp un-develops in a movement retrograde of features that make the quintessential human: what differentiates humans from apes, apes from other primates, primates from other mammals, mammals from reptiles, etc.

We use movement to understand how the capacity of our human bodies has developed over time and its connections to our evolutionary and genetic past through two lenses: The first is rooted in the Laban/Bartinieff fundamentals of movement analysis. The second is the study of genetics, exploring how different expressions and mutations of genes affect speciation and also allow us to map to our convergences with other animal life. 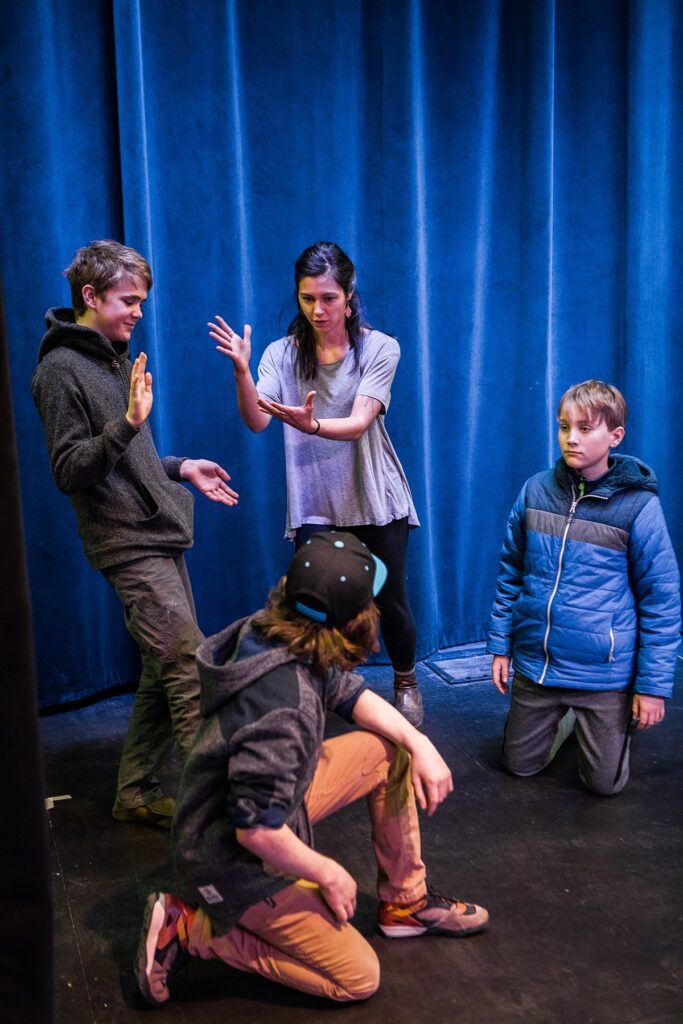