Beth Lo was born on October 11, 1949 in Lafayette, Indiana, to parents who had recently emigrated from China. Much of Beth’s ceramic and mixed media artwork draws from themes of childhood, family, Asian culture and language. She received a Bachelor of General Studies from the University of Michigan in 1971, and then studied Ceramics with Rudy Autio at the University of Montana receiving her MFA in 1974. She assumed his job as Professor of Ceramics there when he retired in 1985, and has been twice honored with the University of Montana Provost’s Distinguished Lecturer Award, 2006 and 2010.

Beth Lo has exhibited her work internationally. She was invited to make a new work for the Main Exhibition of the 7th Gyeonggi International Ceramics Biennale in Korea, 2013. She has received numerous honors including the $50,000 United States Artists Hoi Fellowship in 2009, a $20,000 National Endowment for the Arts Visual Artist Fellowship Grant in 1994, a Montana Arts Council Individual Artist Fellowship in 1989 and an American Craft Museum Design Award in 1986. Her figurative sculpture and pottery has been acquired by the Schein-Joseph International Museum of Ceramic Art at Alfred University, Harborview Medical Center, Seattle, WA, Microsoft Corporation, Cheney Cowles Museum of Art, the University of Washington Medical Center, Seattle, WA, the Permanent Collection, Yellowstone Art Center, Billings, MT, and the Hallmark Card Corporation Ceramics Collection.

Beth and her sister, author Ginnie Lo, have collaborated on two children’s picture books, Auntie Yang’s Great Soybean Picnic (2012) and Mahjong All Day Long which won the 2005 Marion Vannett Ridgeway Award. She has also collaborated with her mother, Chinese brush painter, Kiahsuang Shen Lo. Beth is also active as a bass player and vocalist for several musical ensembles including The Big Sky Mudflaps and Salsa Loca. The Big Sky Mudflaps is a swing and jazz ensemble that has played on the NBC Today Show and the Kool Jazz Festival among other national venues. 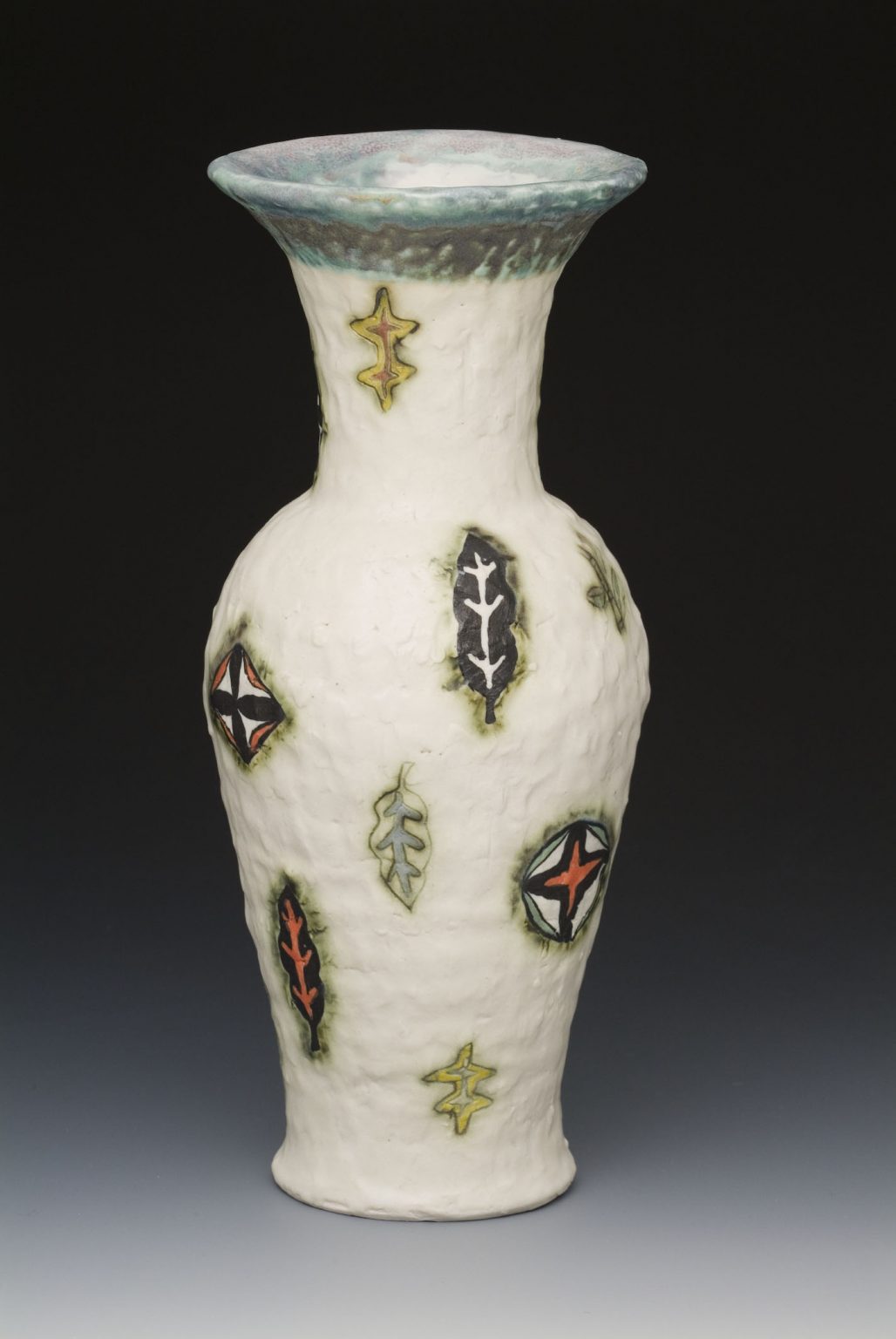 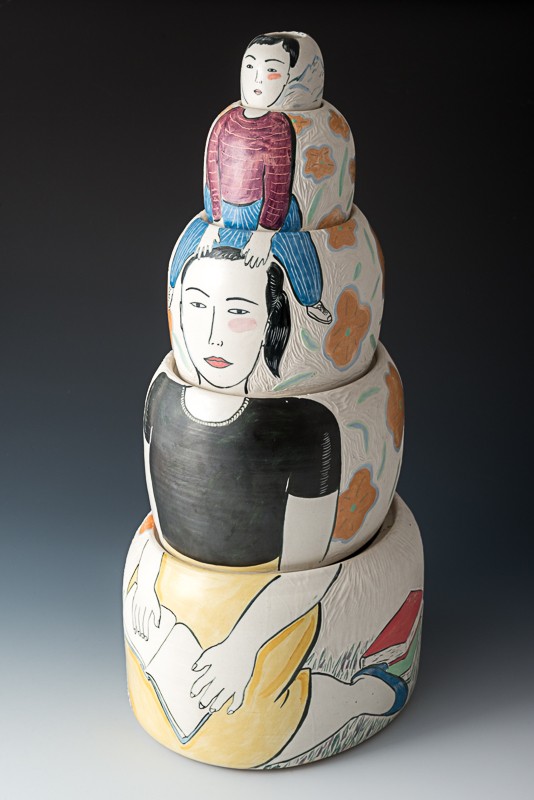 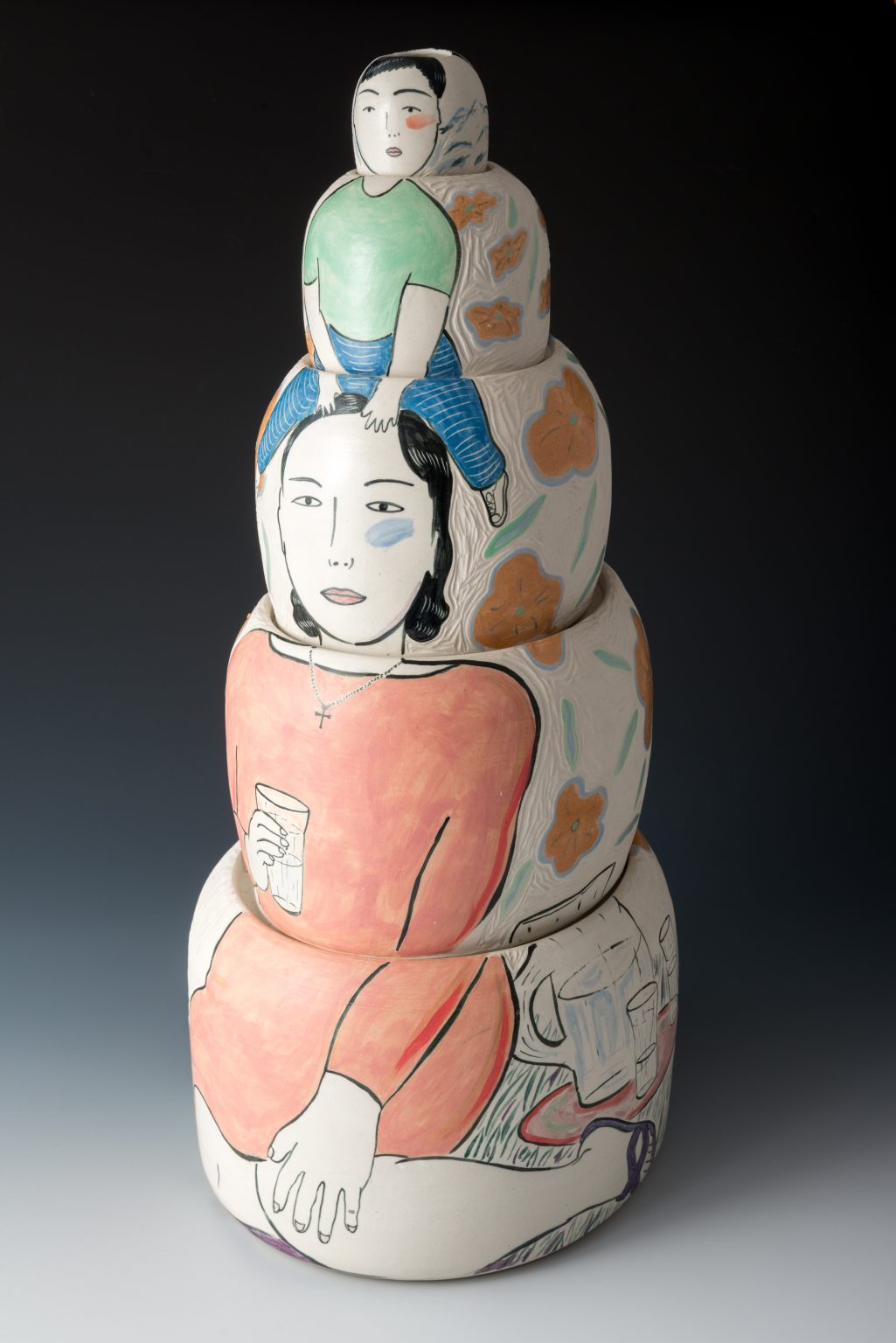 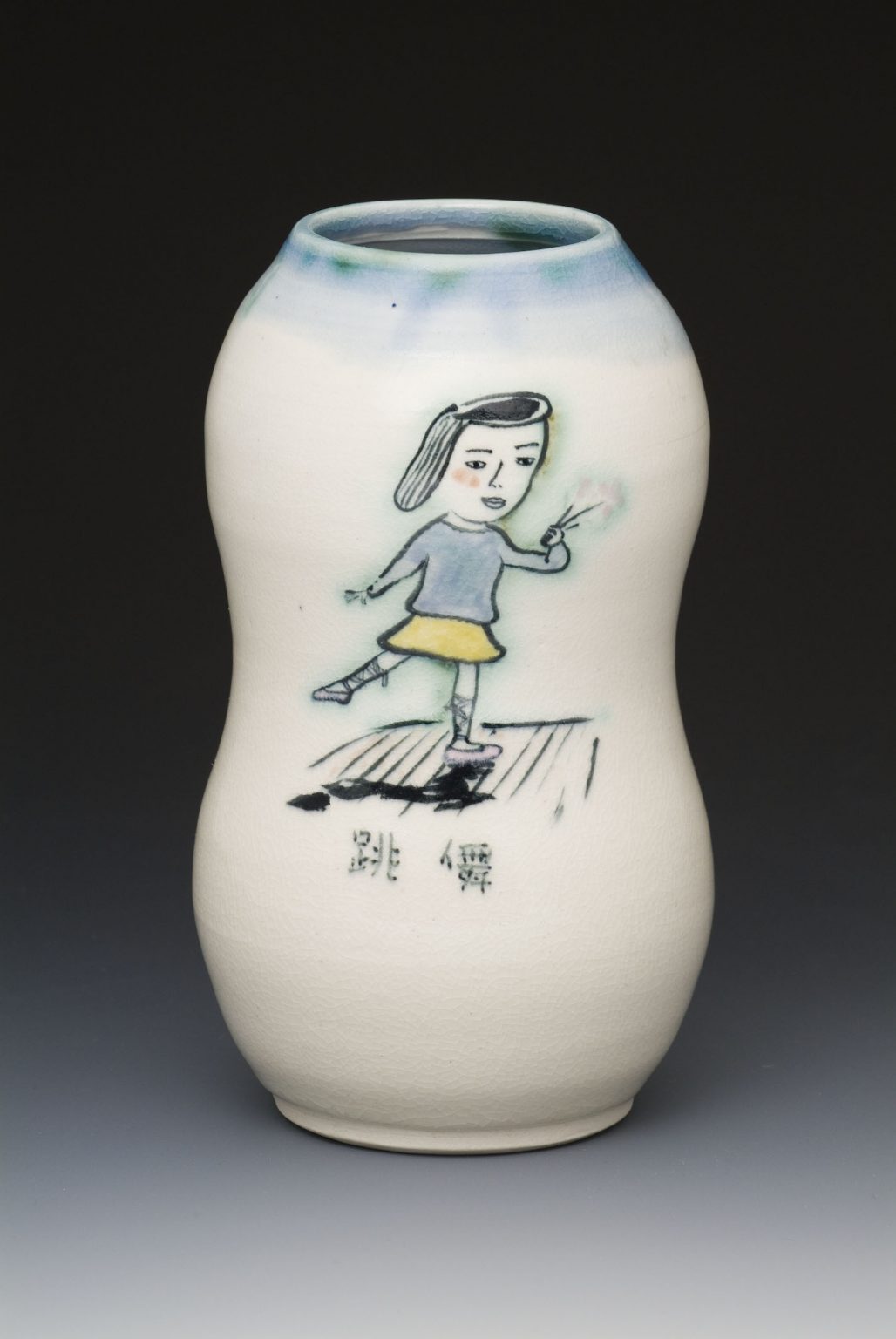 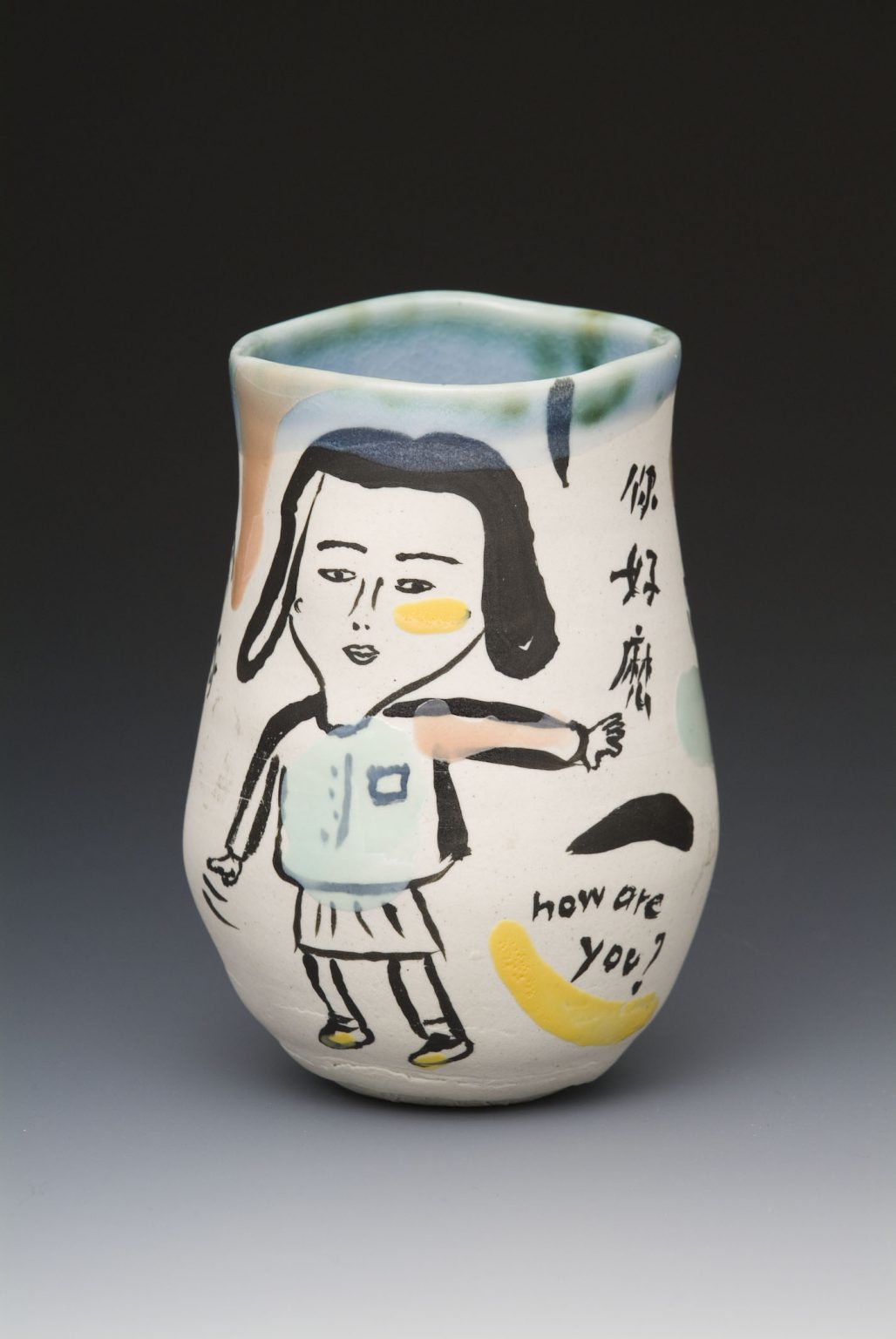 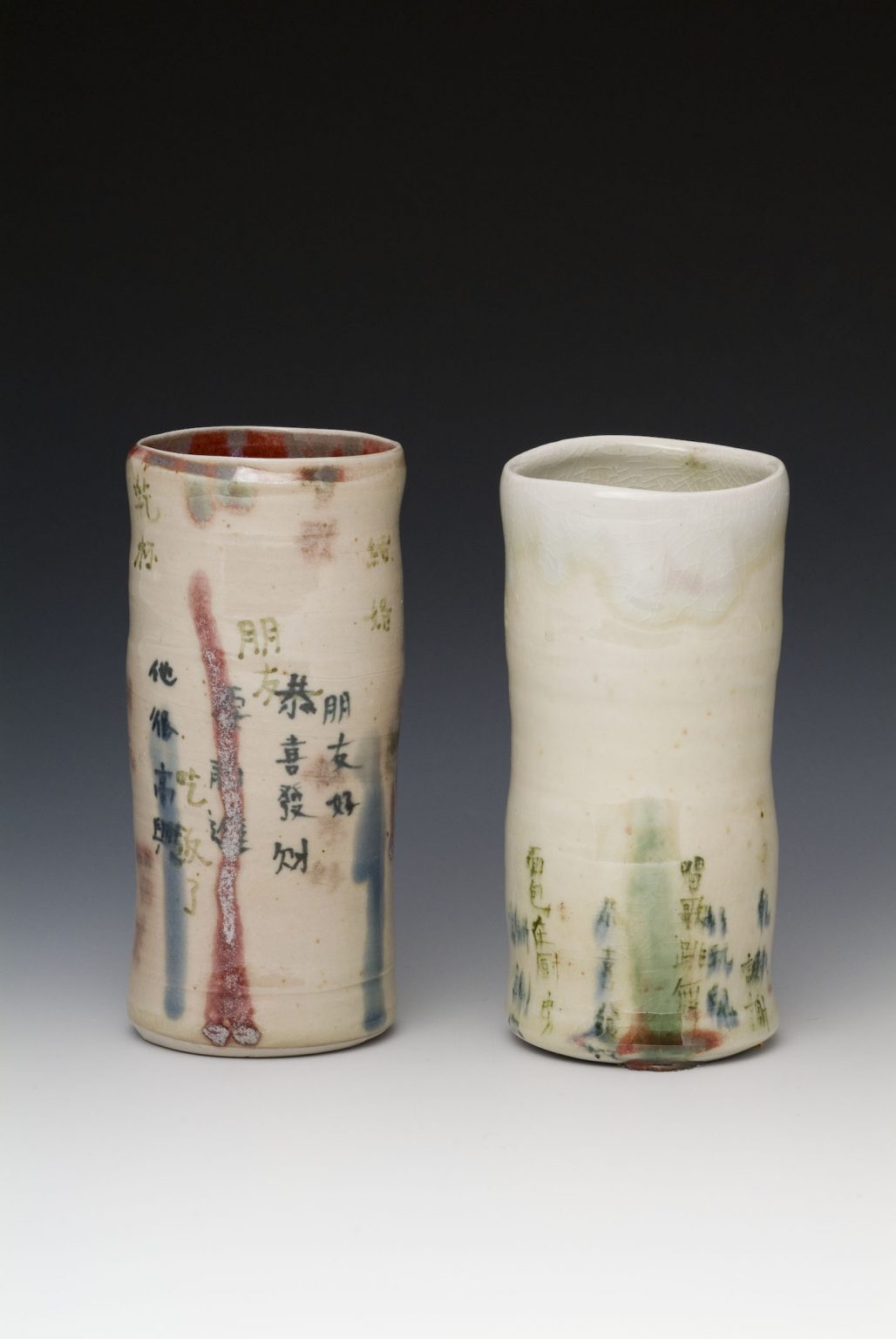 My work in ceramics and mixed media collage revolves primarily around issues of family and my Asian-American background. Cultural marginality and blending, tradition vs. Westernization, language and translation are key elements in my work. Since the birth of my son in 1987, I have been drawing inspiration from major events in my family’s history, the day-to- day challenges of parenting, and my own childhood memories of being raised in a minority culture in the United States. I use the image of a child as a symbol of innocence, potential and vulnerability.