Branson Graves Stevenson was born in Franklin County, Georgia on April 5, 1901 and died in 1989. On his father’s farm in Georgia he was the youngest of a family of eleven. After living on the farm for several years, the family moved to Atlanta, Georgia so that the children could have a better education. When his mother passed away in 1912, his father moved to Panama where he was a steam shovel engineer for the Panama Canal. In 1914, he returned to Barnesville, Georgia to attend an agricultural school. After completing courses at the agricultural school, he returned to Panama where he graduated from high school. During his high school days he began to be more and more interested in art. He completed a design for the Liberty Loan Committee of the Panama Canal Zone for their next bond selling campaign.

Branson studied at the Instituto Nacional de Panama which was his only art instruction. He worked as a stenographer in Colombia, then came to Helena, Montana where he worked for his brother who had a large distributorship for Studebaker. In addition to learning about buying and selling cars, he had a small art studio. His brother was then investing in the oil fields, sending Branson to the Studebaker branch in Lewistown and then moved after many months to the Studebaker branch in Great Falls. After arriving in Great Falls, he met Charles M. Russell who did not pay any attention to him but his apprentice, Joe DeYong and Branson became good friends.

In 1923, Joe DeYong contacted Branson about making an etching. Both artists had never discovered this medium before. From this point on the medium of etching became an integral part of Branson Stevenson’s career. While still at the Swanzey Advertising Agency, during the late 1920’s, Branson studied ceramics. In 1925, Branson married Violet Palmer.

In 1947, Branson Stevenson took a pottery course at the College of Great Falls. His weekends were now devoted to developing pottery and inventing his own glazes. Archie Bray became a close friend and Branson assisted him with the building of the nonprofit educational organization. Branson Stevenson created several new discoveries for the world of pottery.

His scarab logo that he signed his work with was a beetle including his monogram within a circle. The beetle came from the “tumble bug” found in Georgia and where Branson spent his early years. The tumble bug was so named because it pushed ahead of itself a ball of dung. 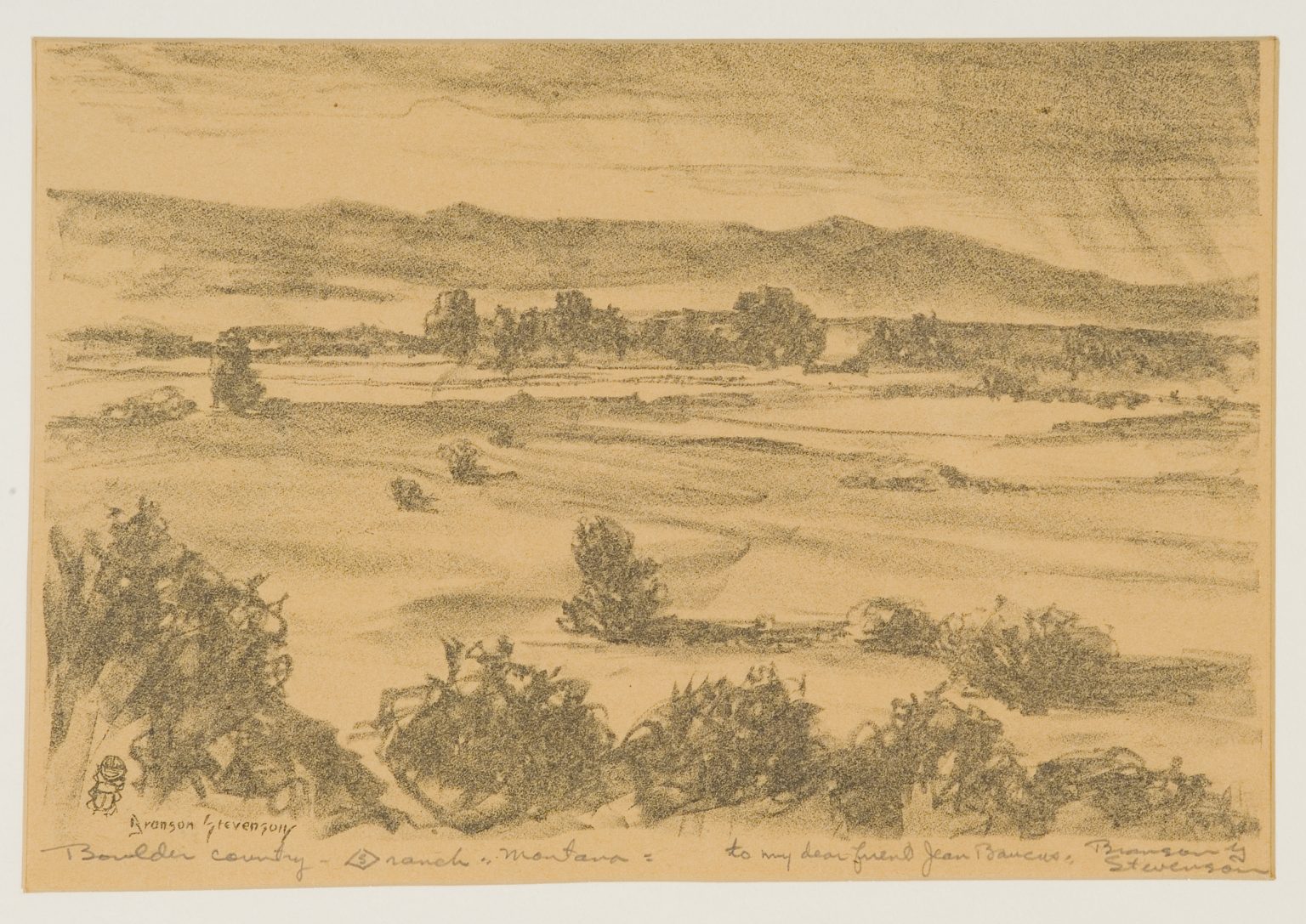 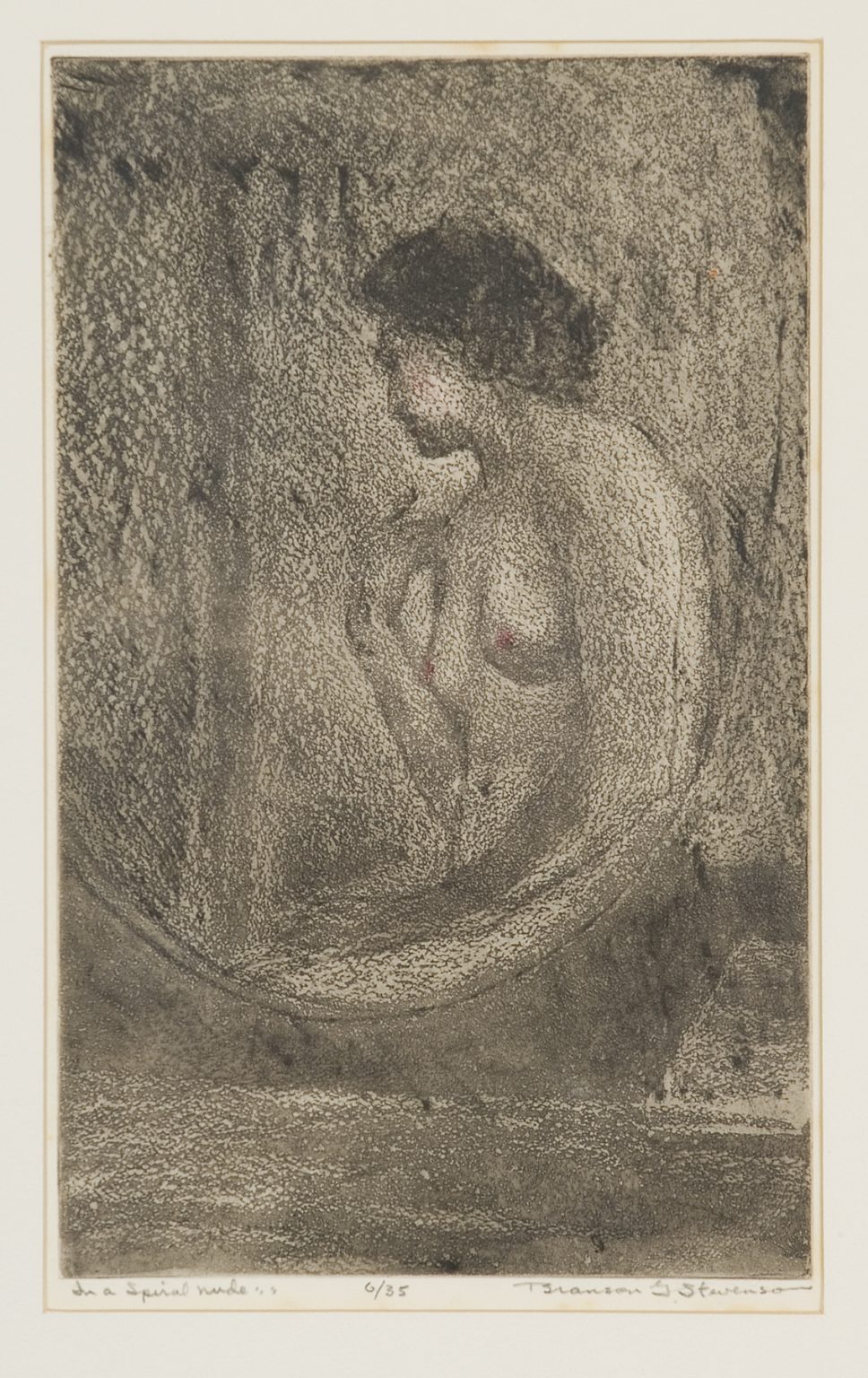 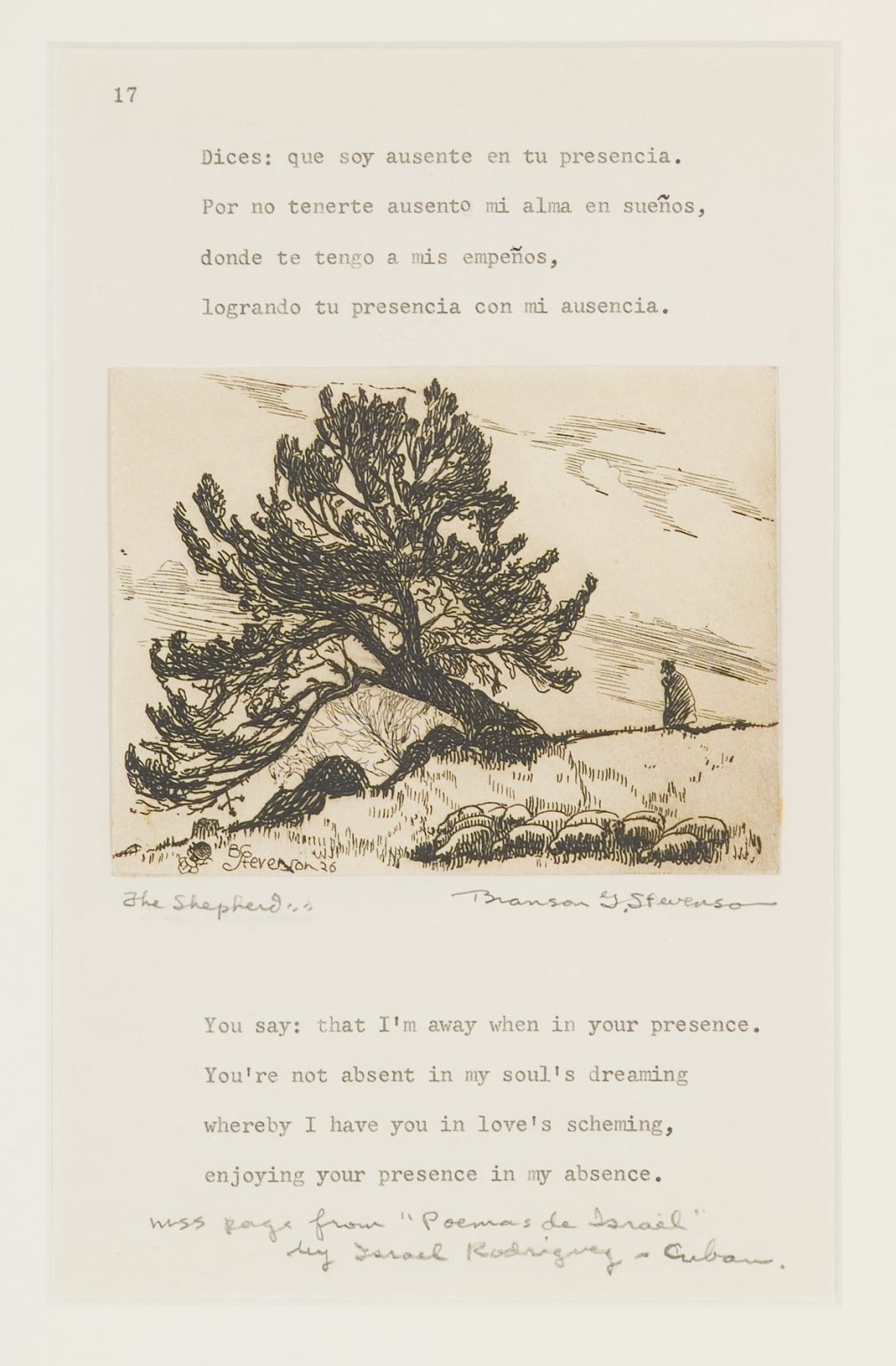 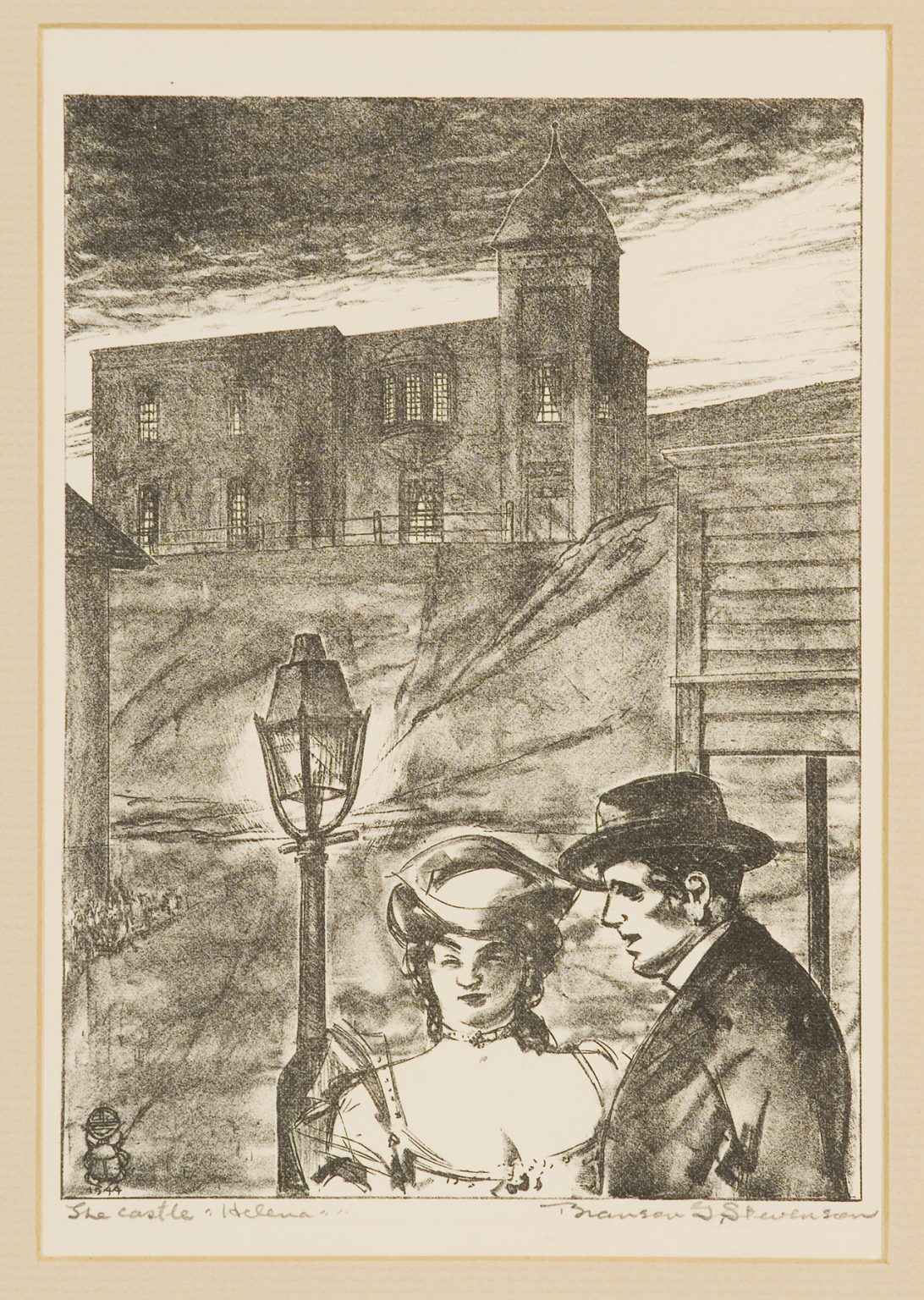 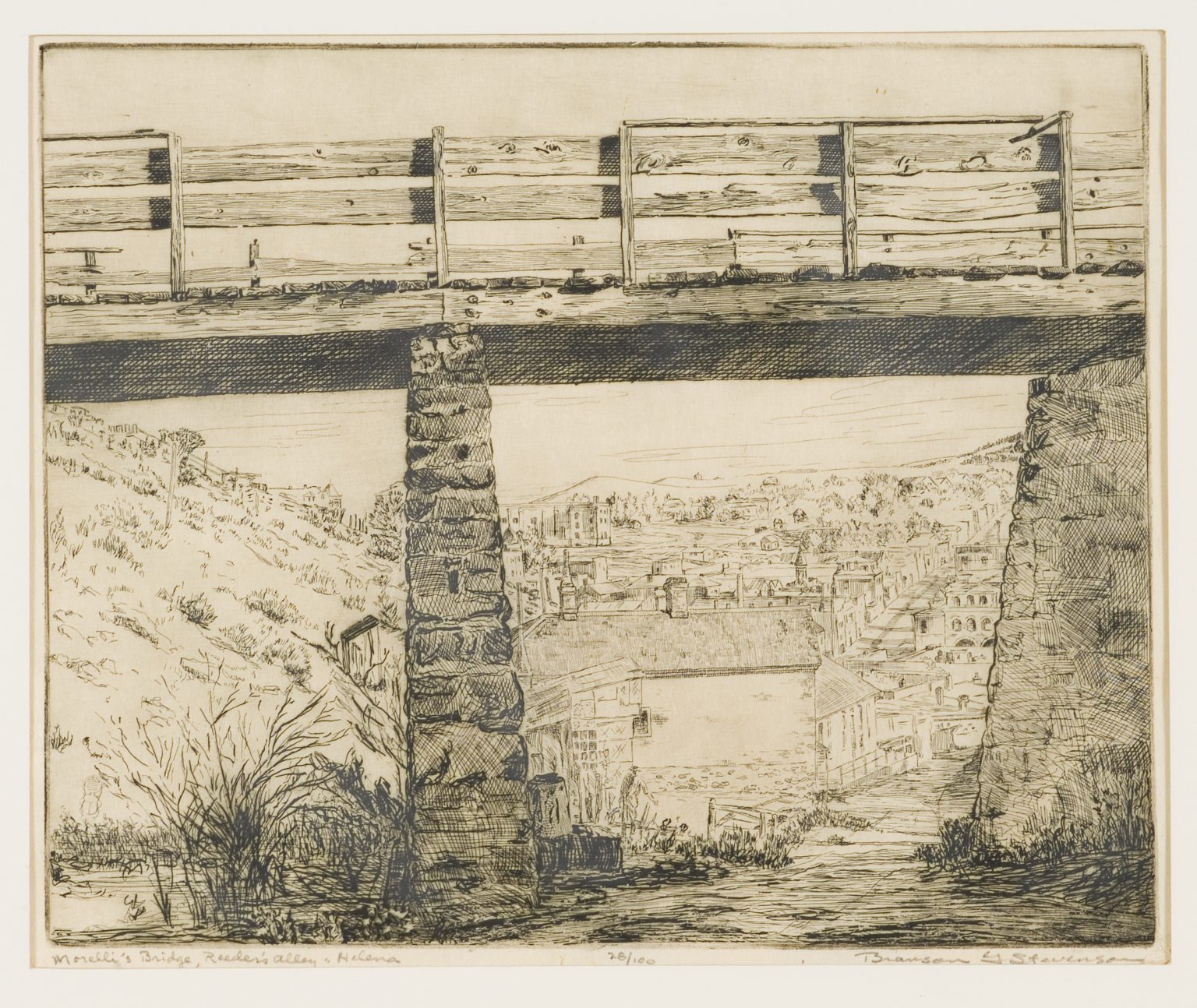 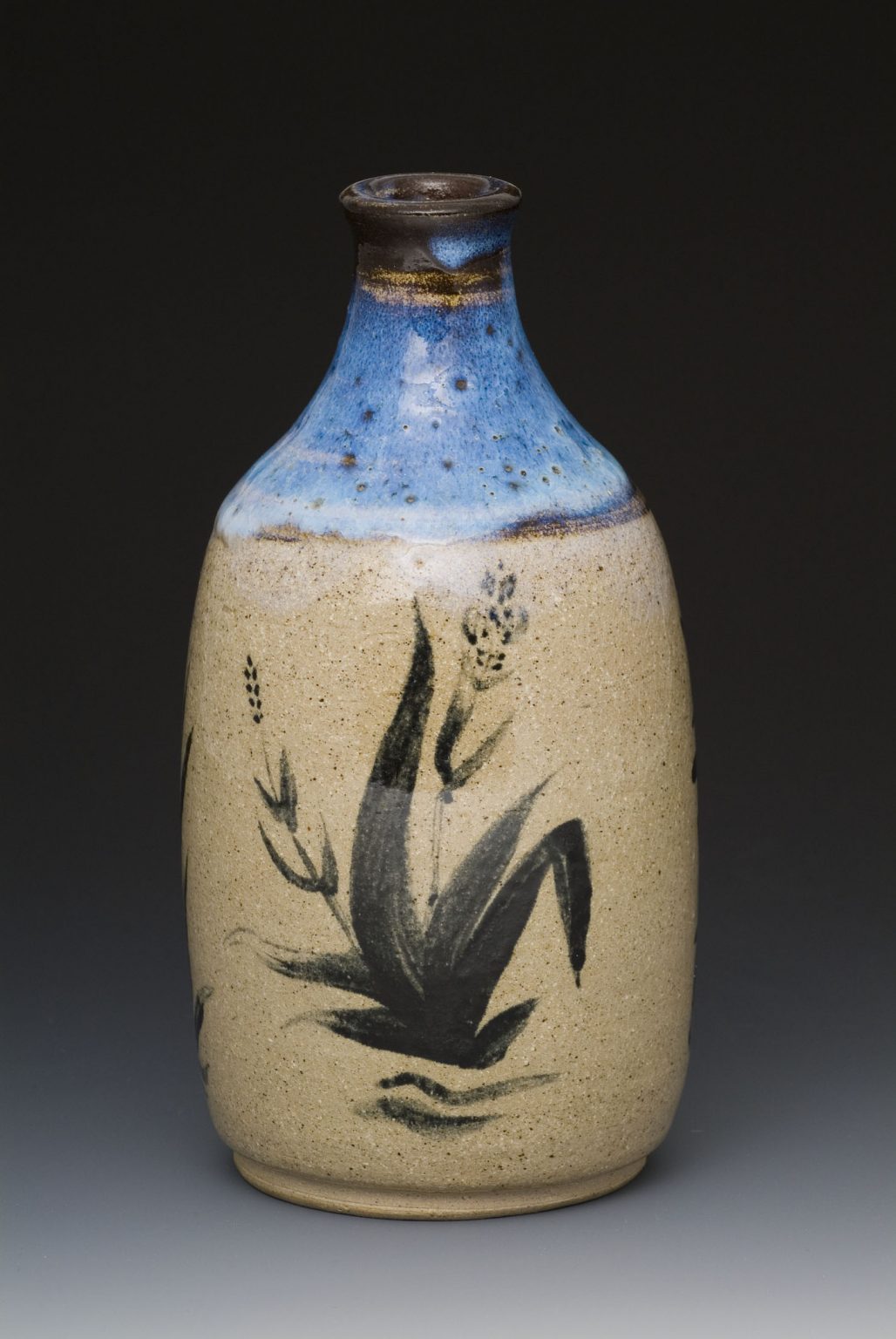