For me there is only one requirement for the visual arts, be it painting, sculpture, mixed media, printmaking, etc. All the parts need to be visually related.

That’s it…..period! Subject matter is personal. If you care about it all the parts will fall into place. An intellectual can do a meaningful piece of work from their particular passion as can a four year old, or the so called primitive. For some it is simply a deeply felt thing stated in direct terms, for others it is a journey of discovery and reduction to essentials through effort. European western traditions gave us both insights and handicaps.

For 10 years or so I did non-objective painting that I’m fully convinced opened up avenues of visual awareness in the landscapes I returned to when I moved to the mountains and was daily confronted with visual feasts. What became important was to transmit that visual impact. The elements of line, movement, space, shape are all the same regardless of whether you are responding to the inner or the outer worlds.

Cattle markers, paint sticks and recently oil bars became my means of personal expression. They were close to oil painting yet contained a quality the felt more comfortable. I don’t know why. I love color but feel it is the icing on the cake. Structure is first.

Because I tend to work on as large of a scale as my space allows, I became intrigued with the idea of doing scrolls rather than framed paintings, both from the practical standpoint of ease of storage, and more importantly, to follow the lead of the Japanese tradition of ease in changing displays according to seasons, moods or whims. One need not have the same thing in the same spot year in year out. It allows more personal contact and decisions from the viewer.

So I do scrolls, primarily landscapes, on toned gesso (often black) on canvas with occasional forays into smaller oil pastel and colored woodcuts. 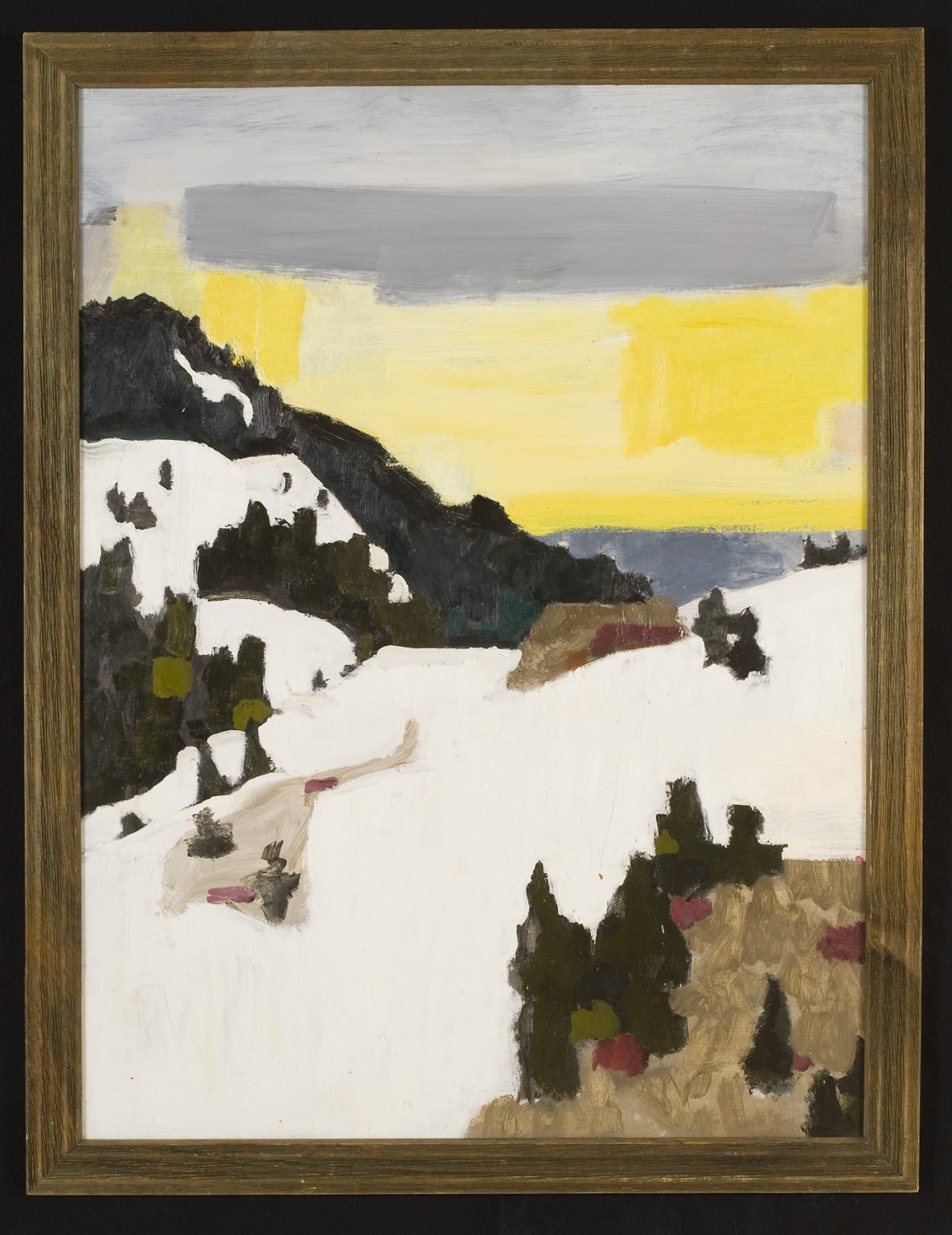 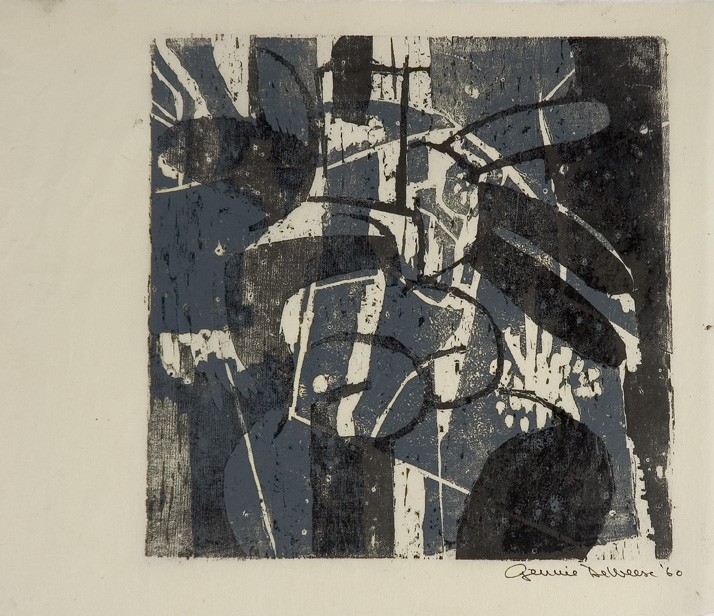 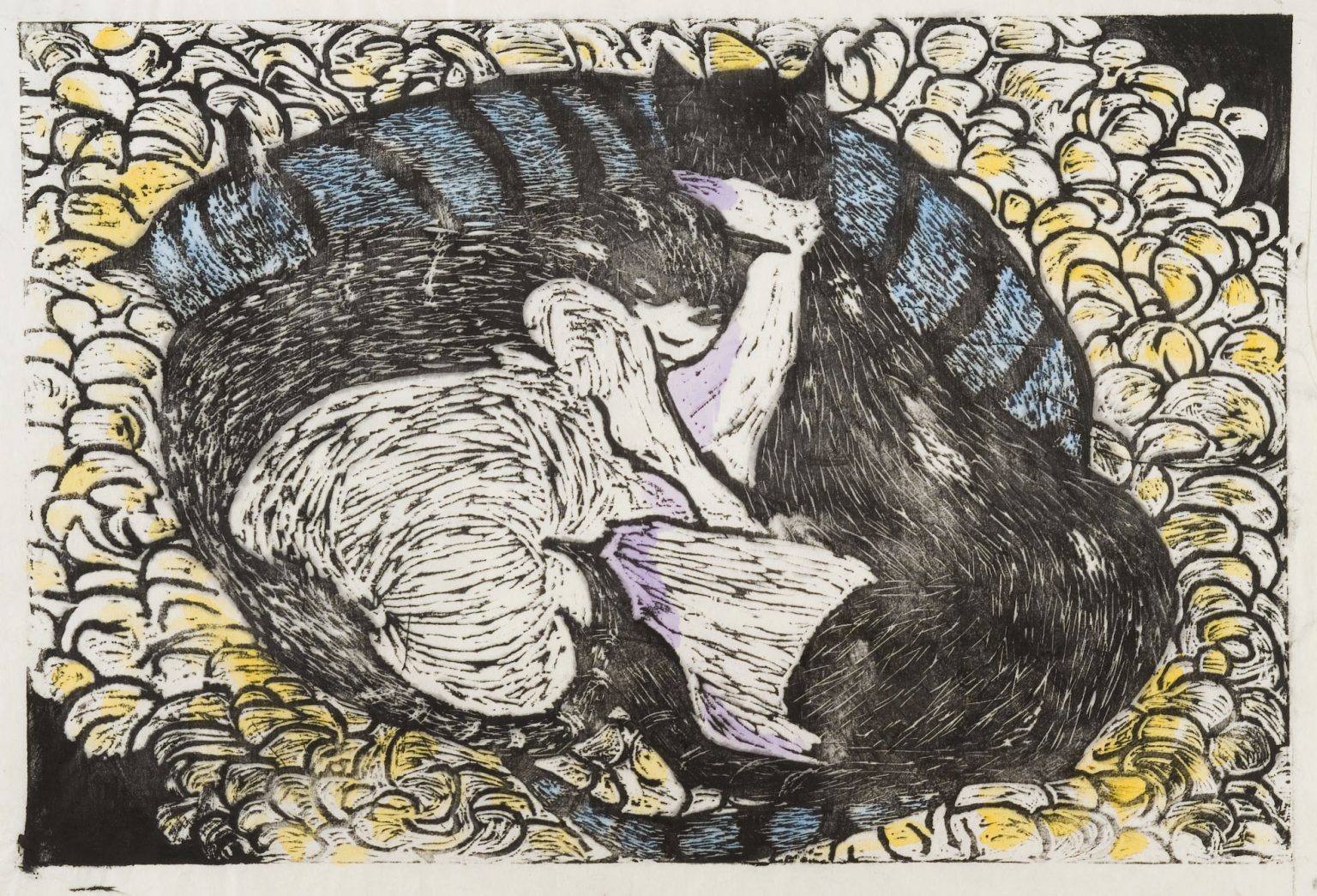 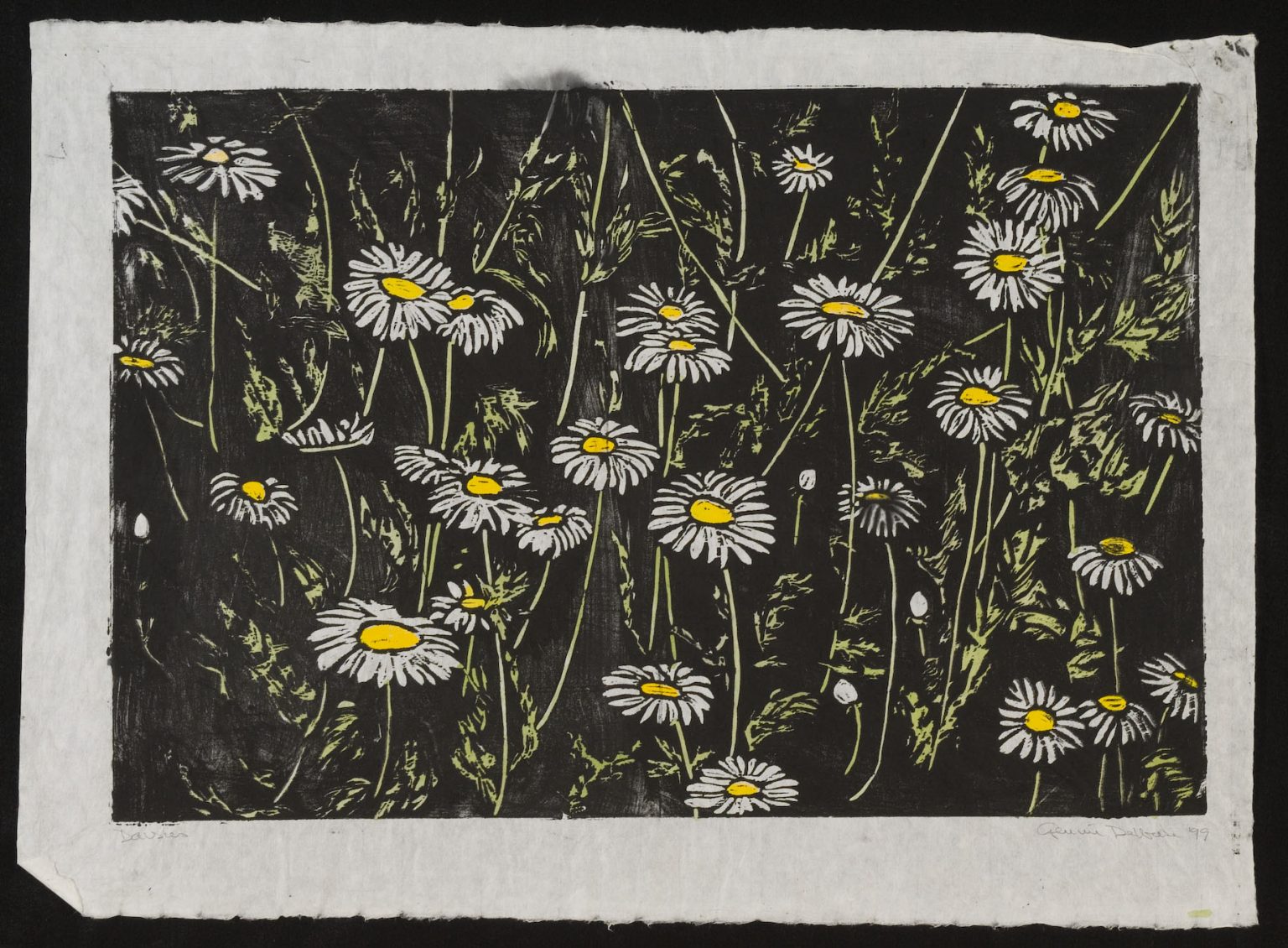 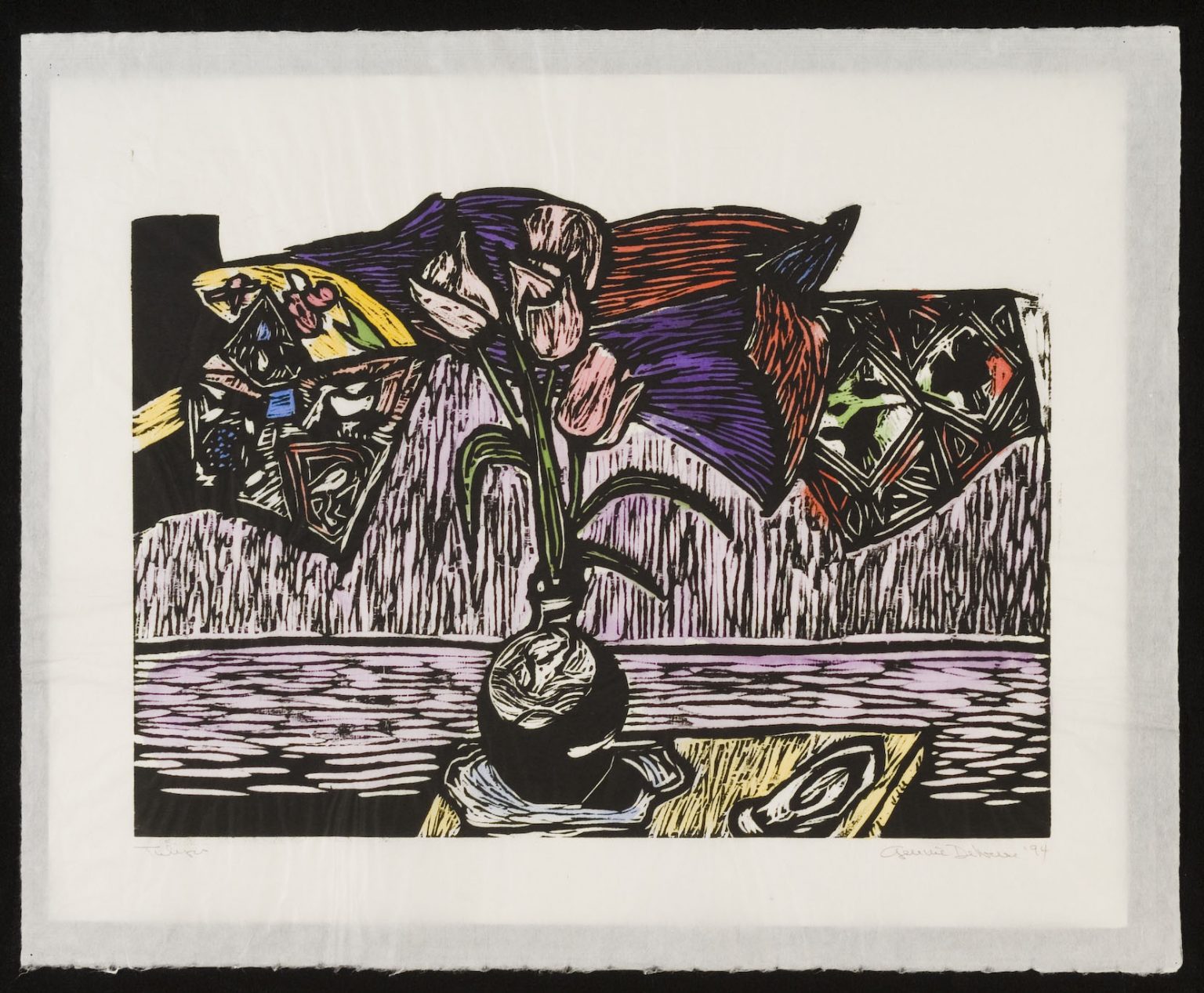 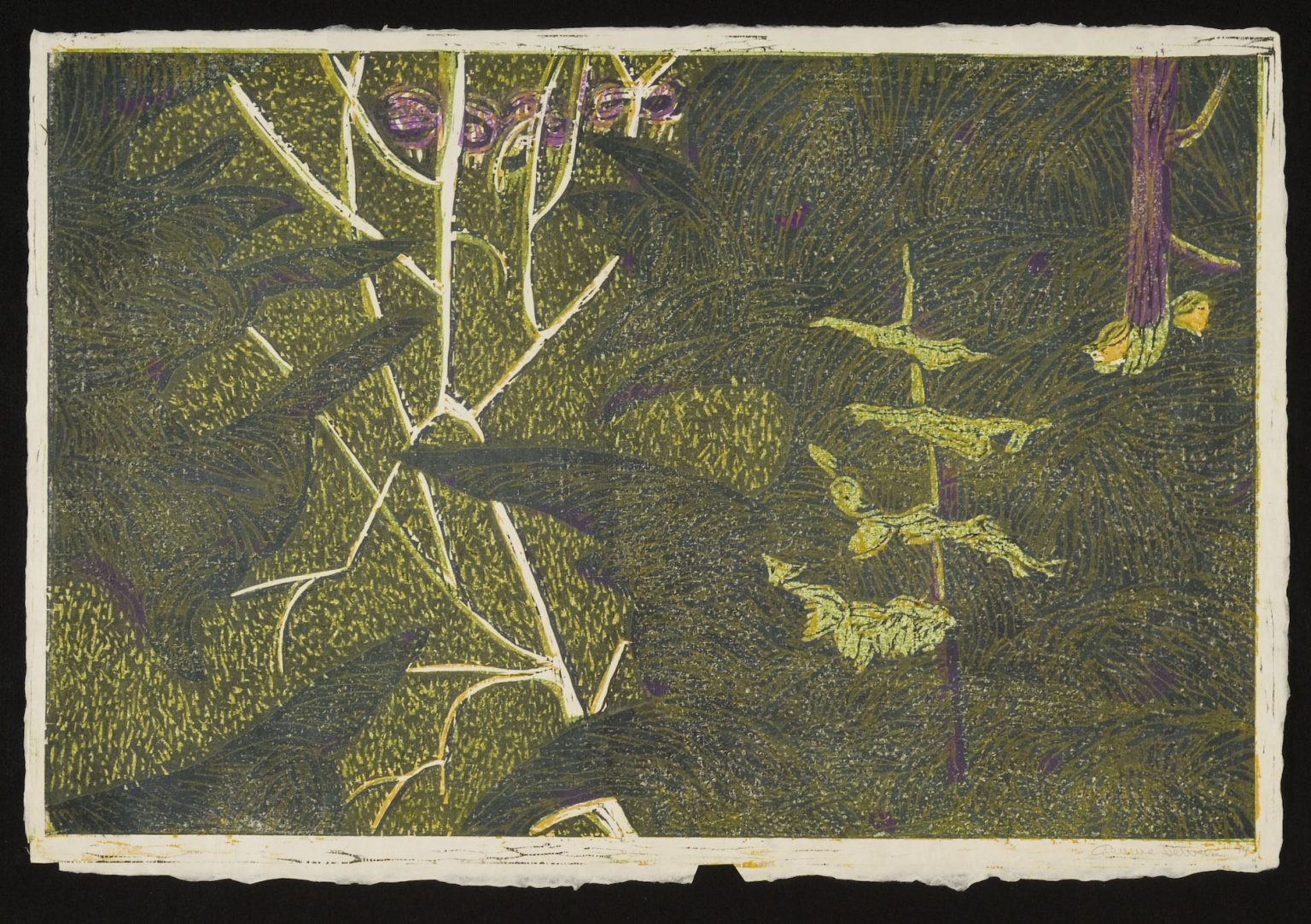 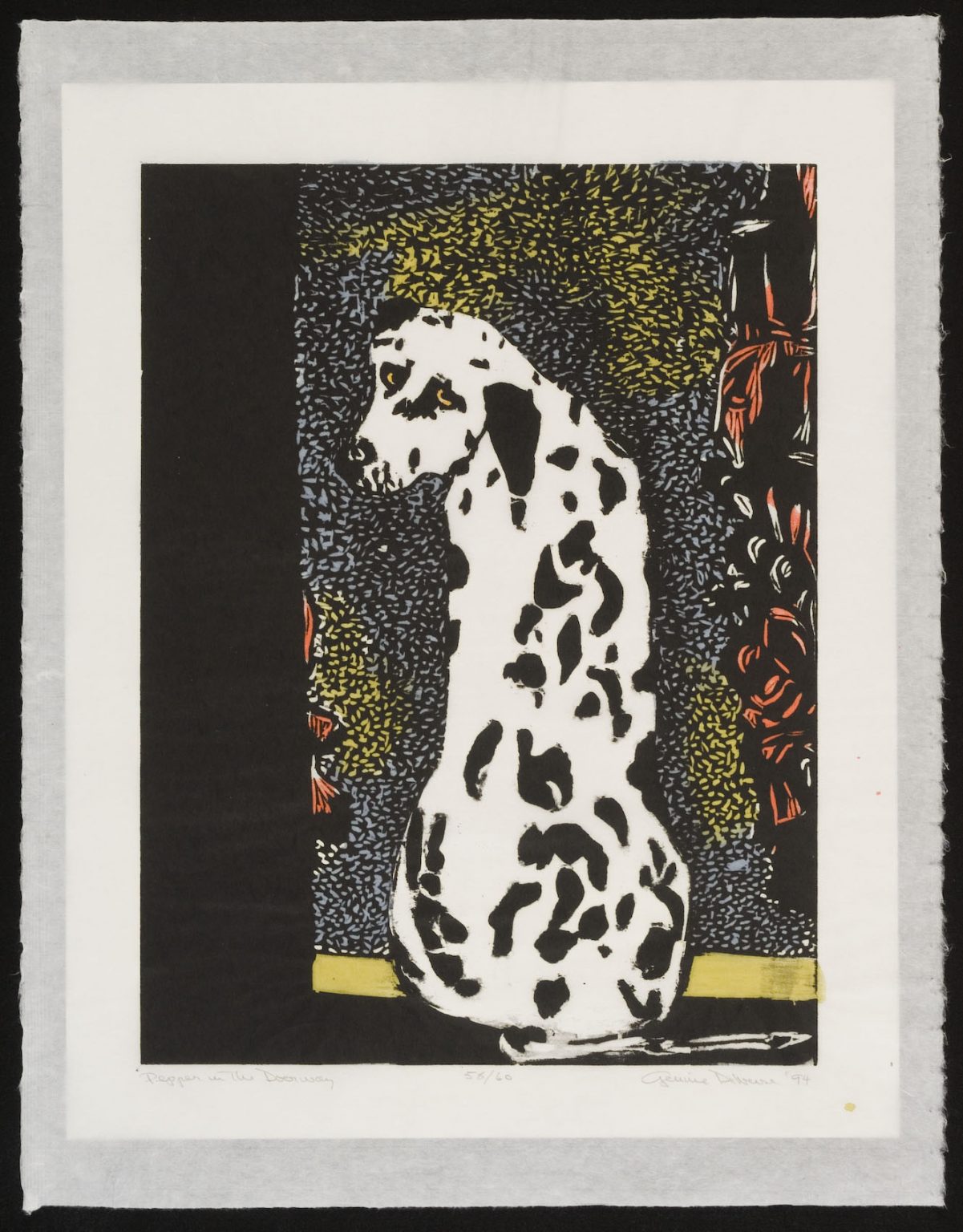 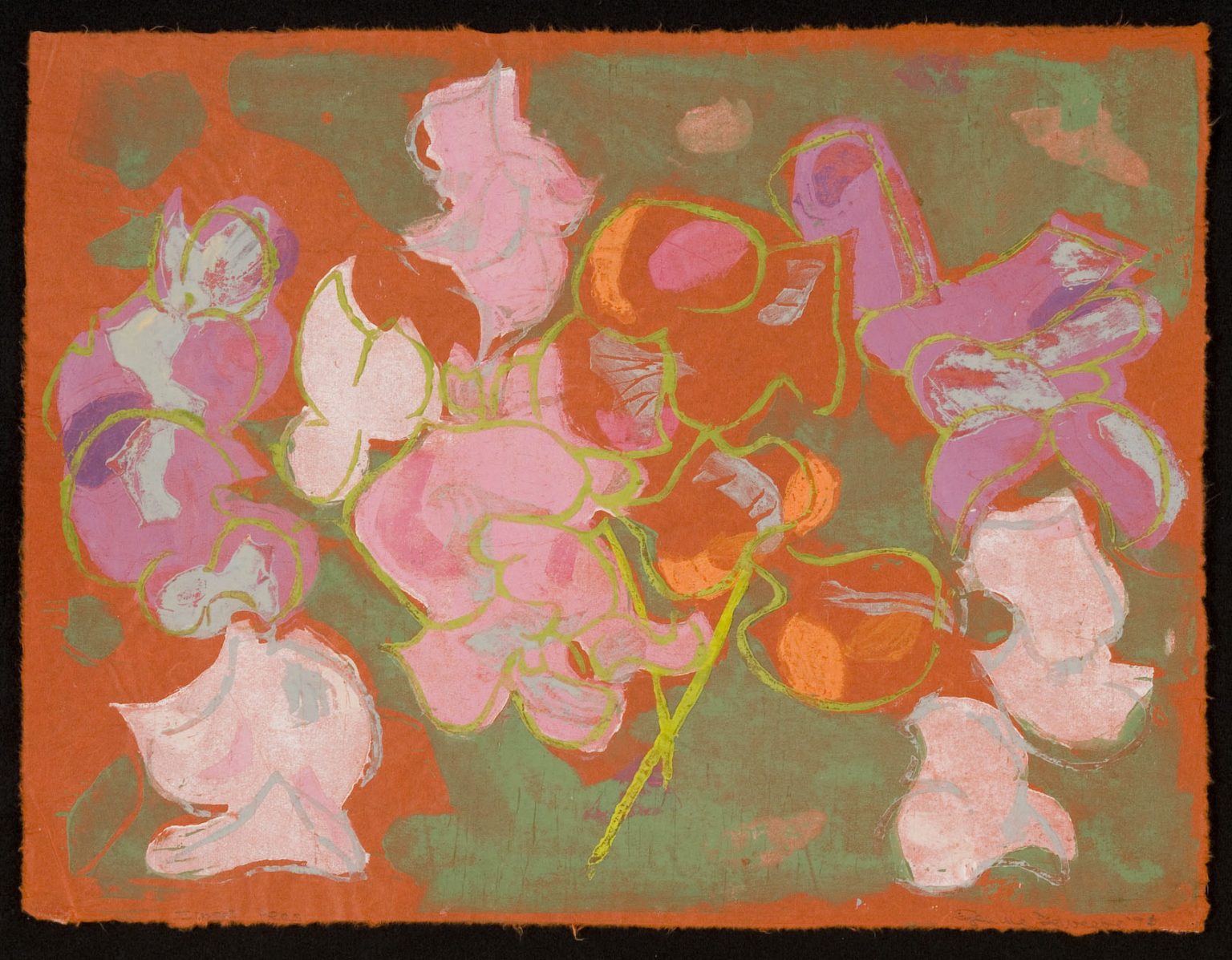 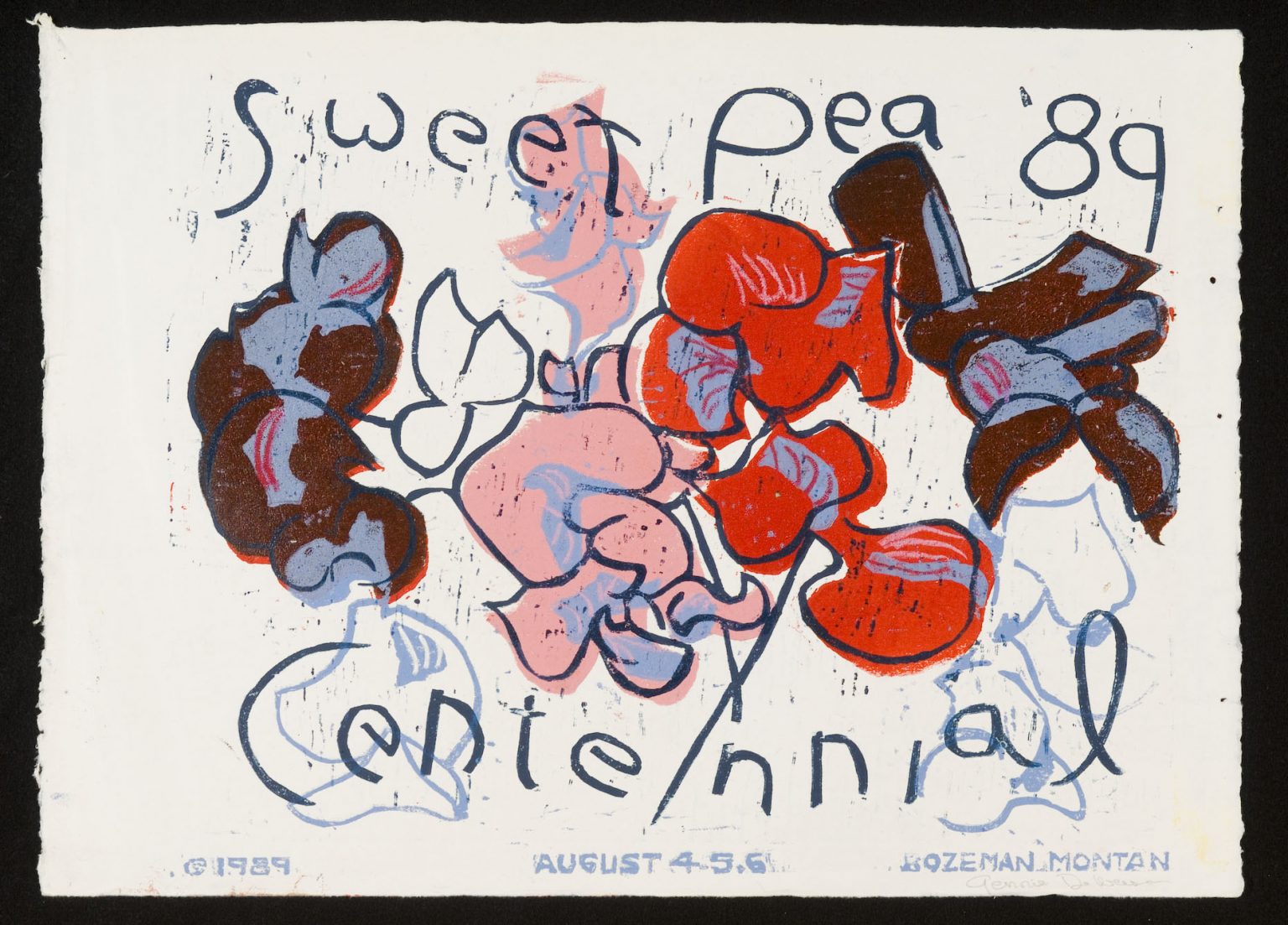 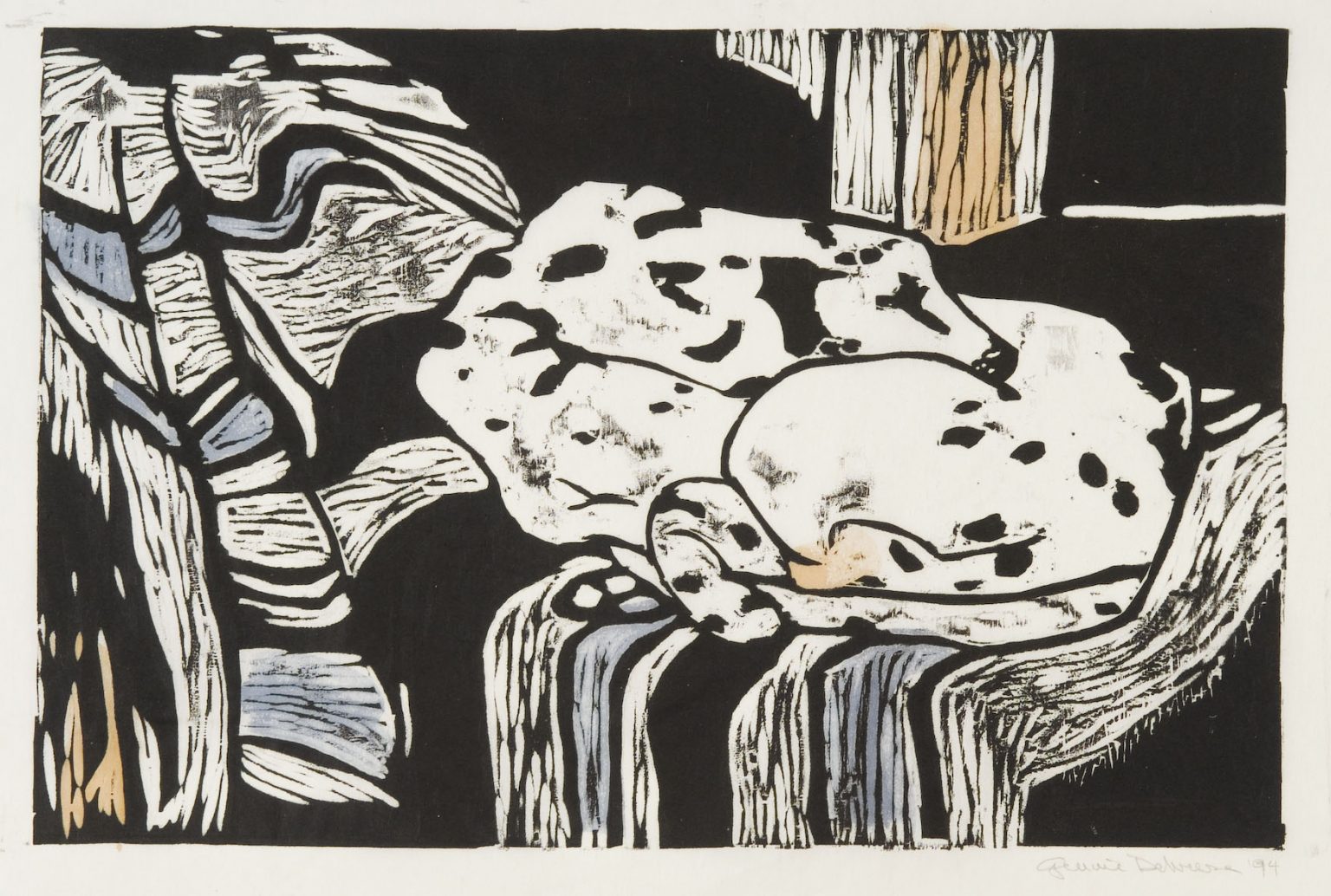 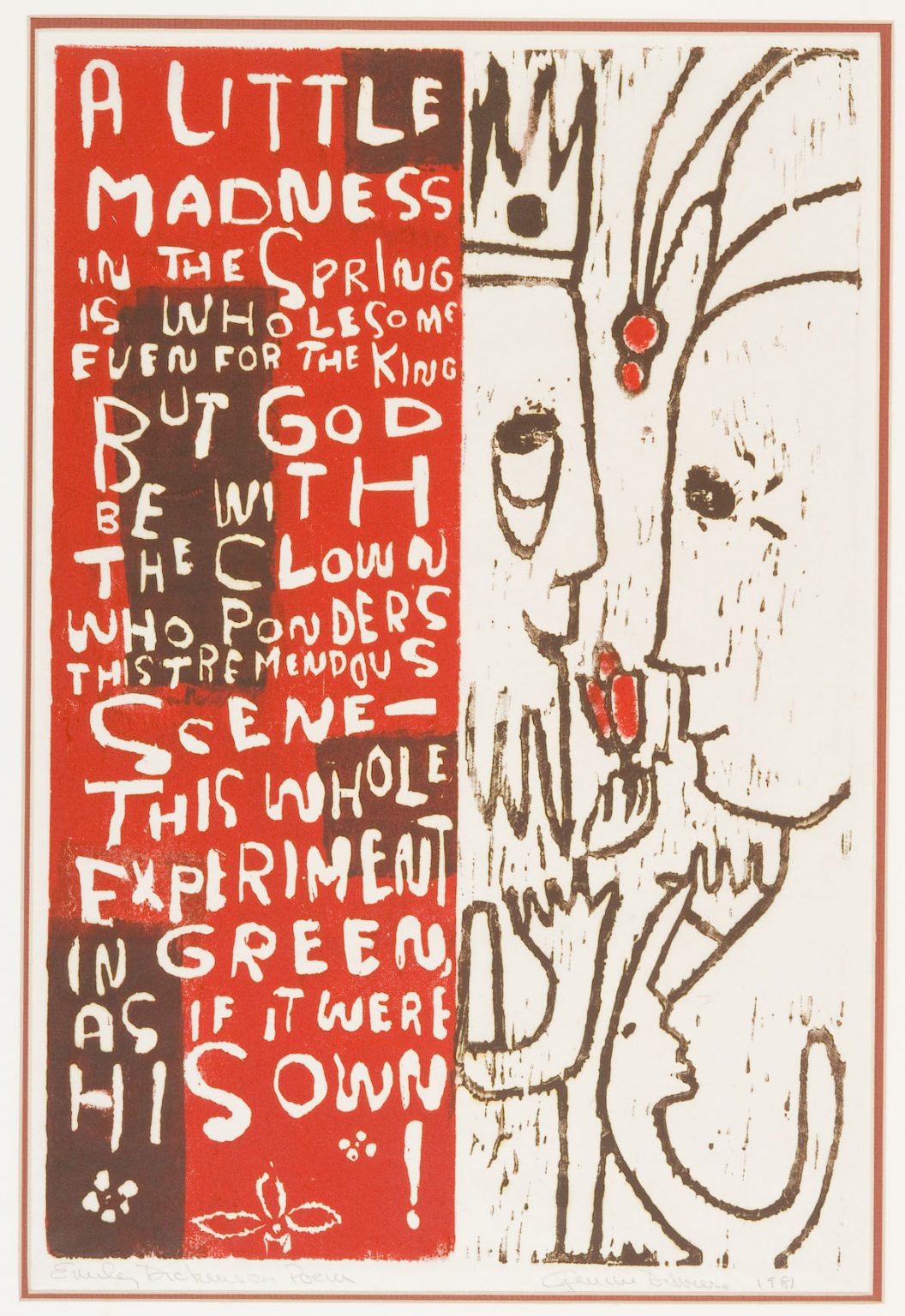 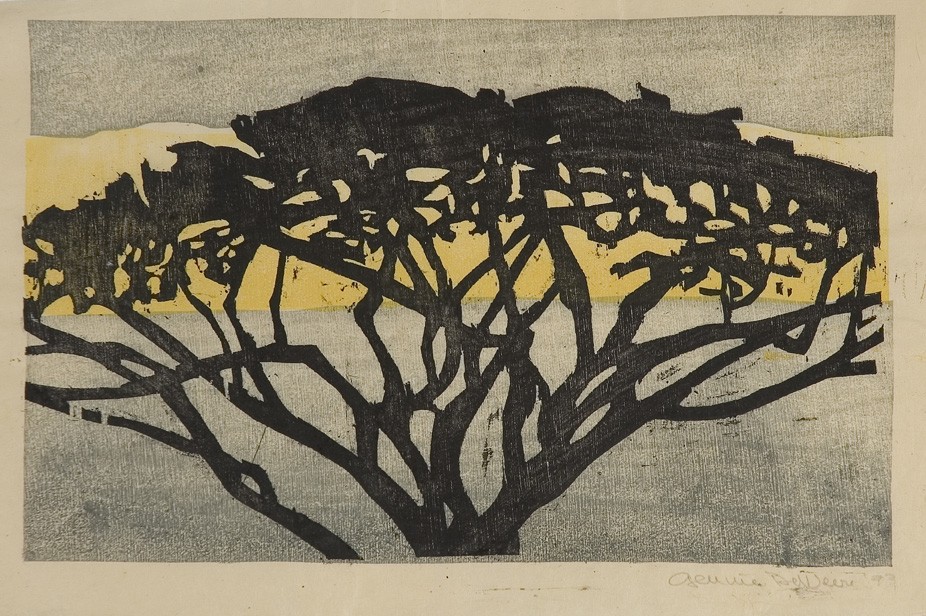