Chip Clawson brings a new body of work, Imagine This to the Holter in an immersive installation featuring large scale freestanding and suspended multimedia sculptures.  Clawson draws inspiration from the fields of architecture, engineering, and technology, as well as from nature, surrealism, and installation art to create this joyful exhibit that invites viewers to see the world through his eyes, and embody the spirit of imagination and play.

Clawson says of his work, “My work is about engaging the viewer’s imagination. I am inspired by the natural world, and I often use forms such as beetles, budding plants, shells, seed pods, or lava flows. I use such forms in a universal way, never directly referencing a specific source. Merging the forms often results in sensual objects reminiscent of nature, prompting curiosity as the mind grasps for what is familiar yet somehow peculiar. As I developed my current body of work, I imagined these objects evolving into large, lightweight aerial sculptures and sensual architectural elements.”

By scanning clay formed or found objects, Clawson then re-shapes the form digitally, playing with scale, color, and overall shape to create a distorted version to fit his vision in creating pieces that allude to the original form, but made new to both physically and visually engage his audience.  Looking to artists, architects and innovators as his teachers, Clawson has been heavily influenced by architect and tile-maker Henry Mercer.

Pivotal to this body of work, Chip talks about a particularly impactful visit to Las Pozas in Xilitla, Mexico, a concrete outdoor sculpture garden housing 32-200 architectural sculptures created by surrealist Edward James between 1964 and 1986.

Clawson observes, “What I took from James was the dense positioning of totally non-functional sculptural and architectural elements. I see sculpture as an invitation to engage the viewer’s imagination.” 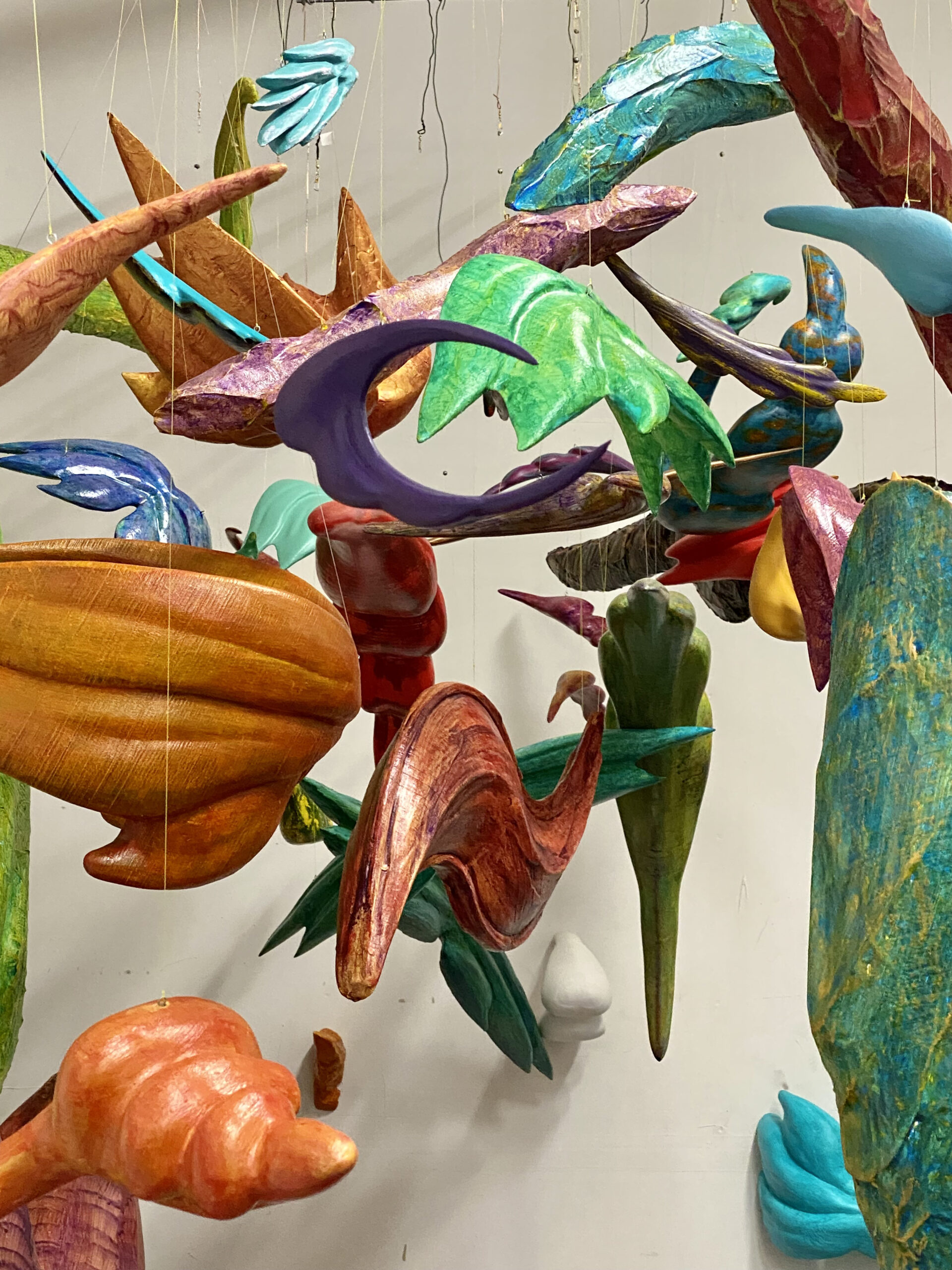 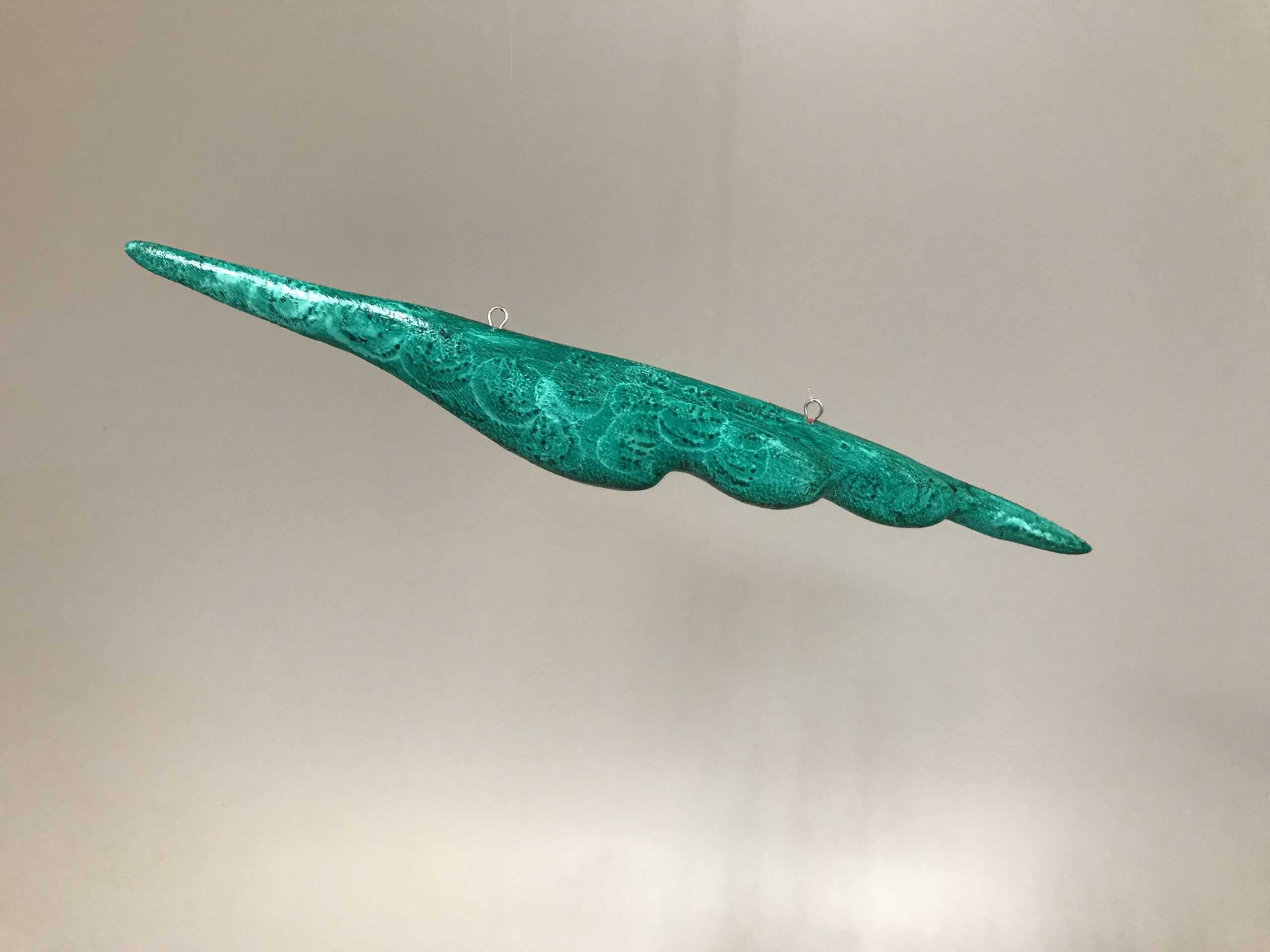 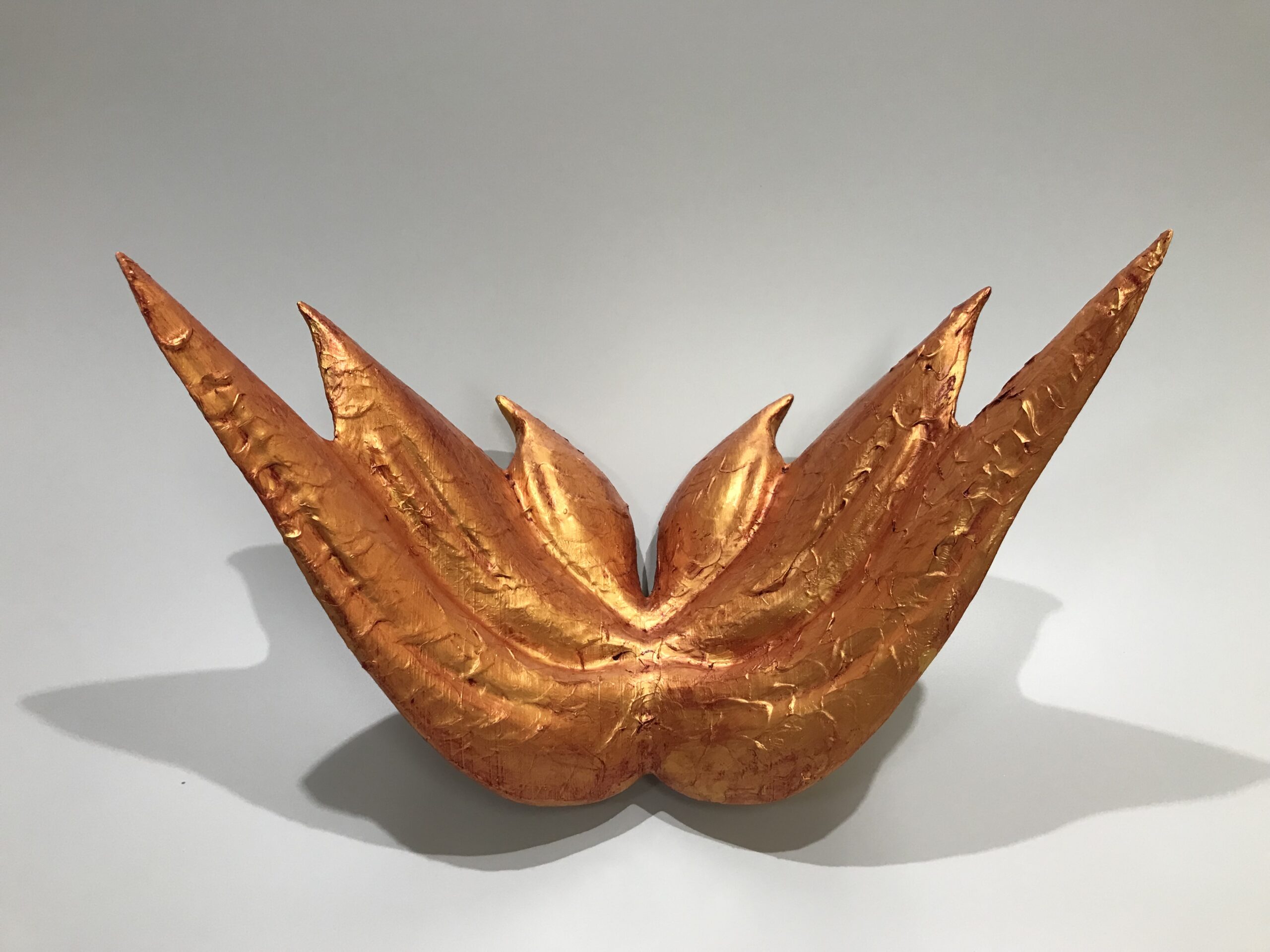 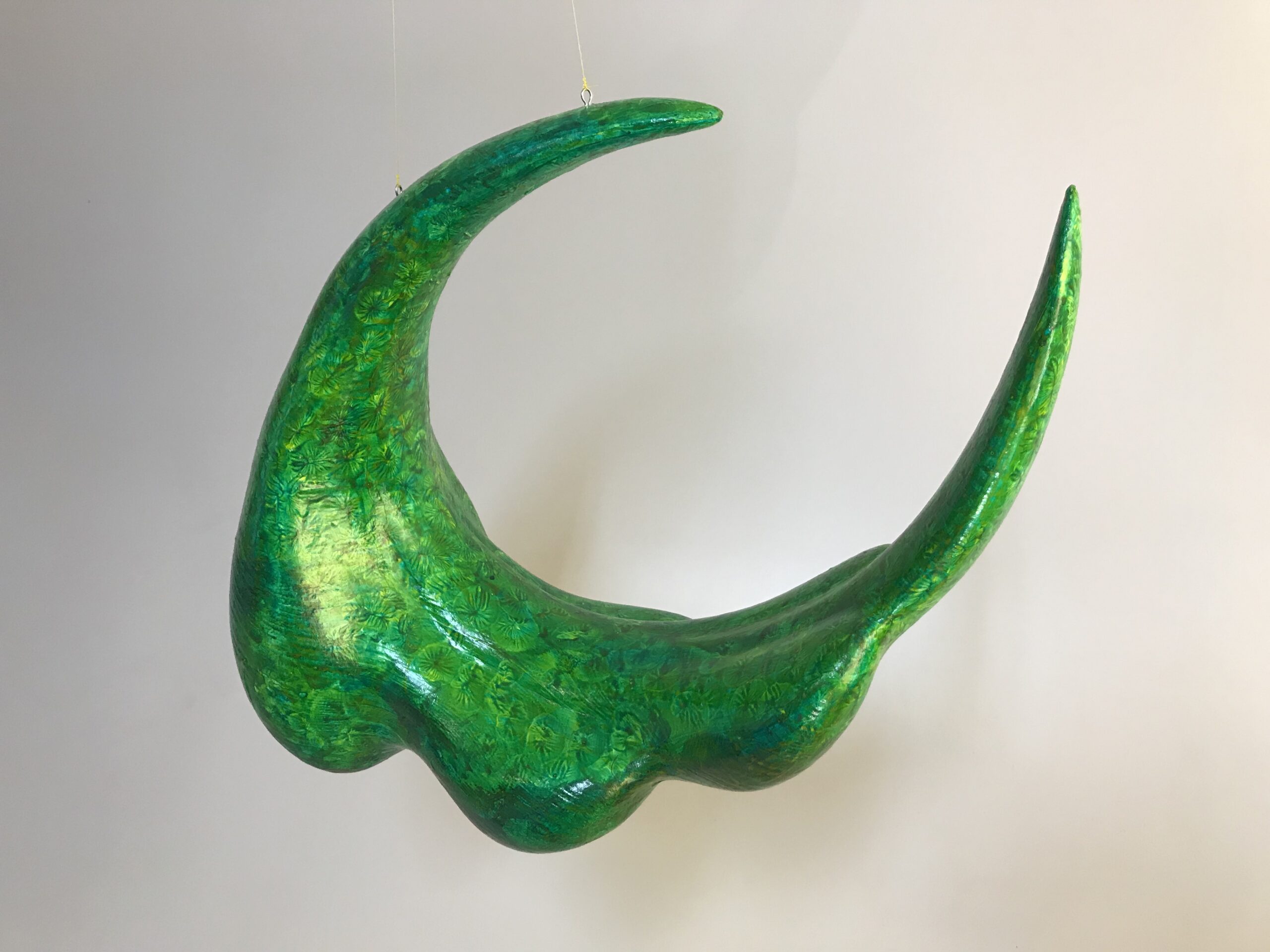 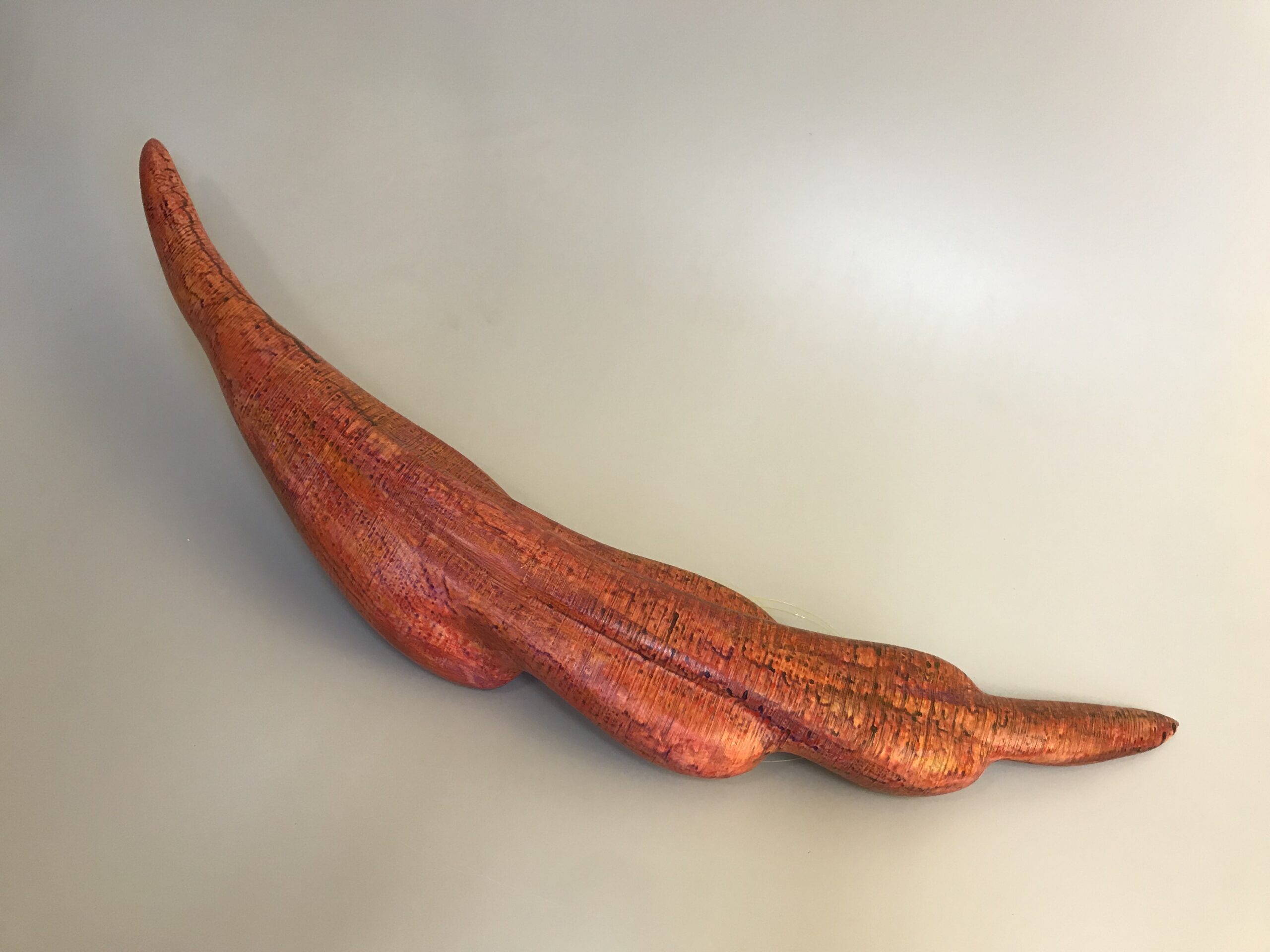 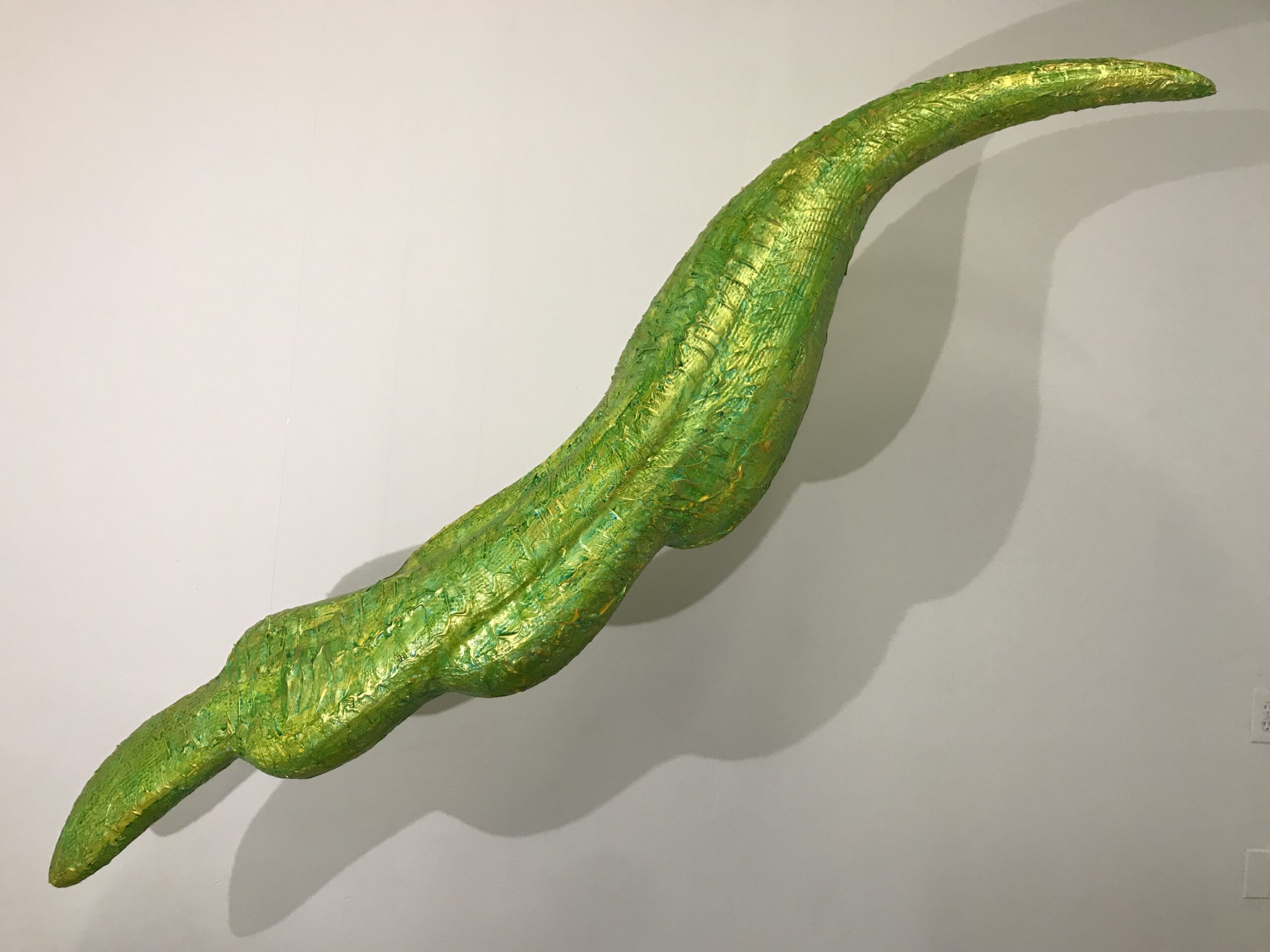 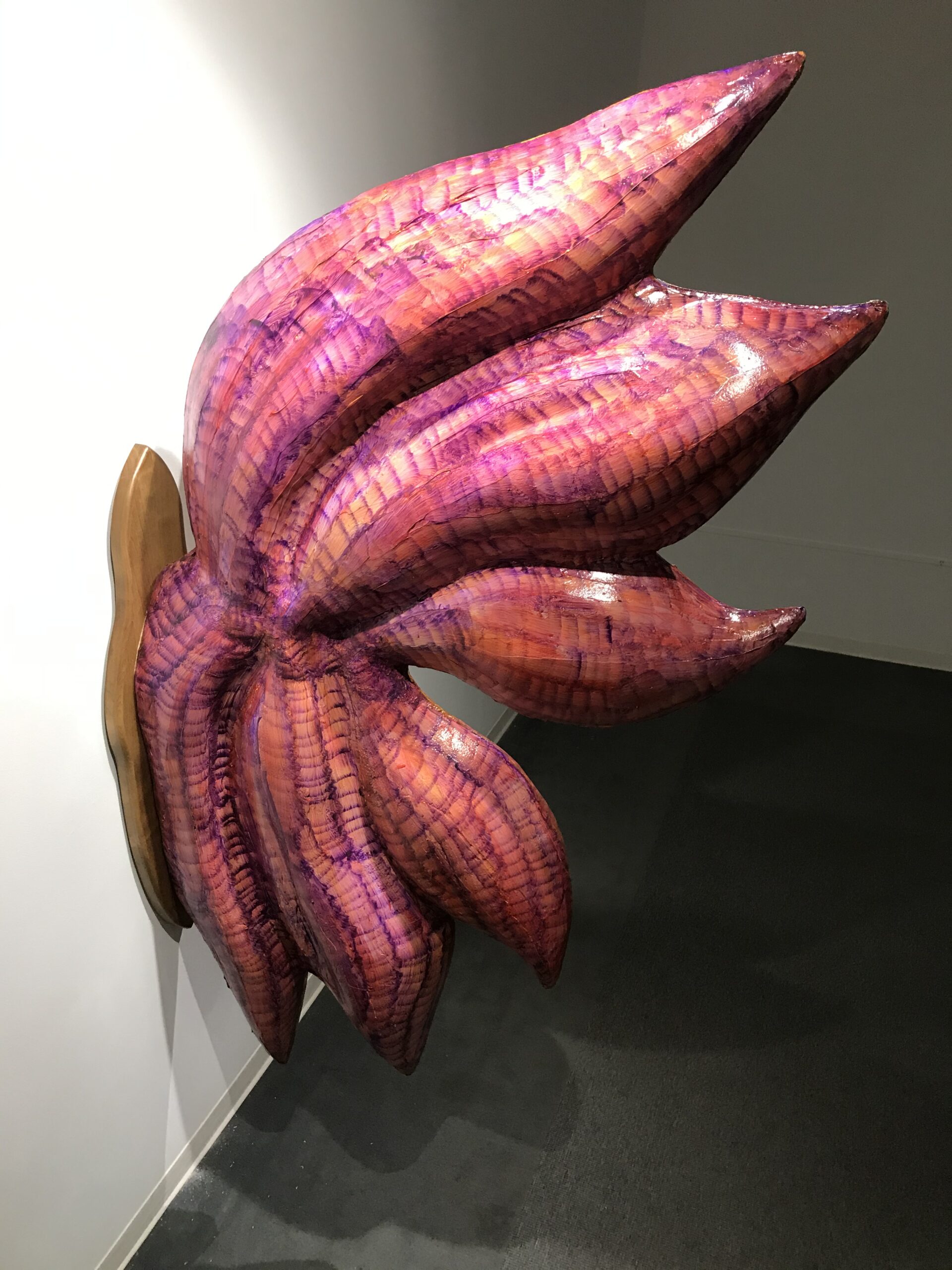 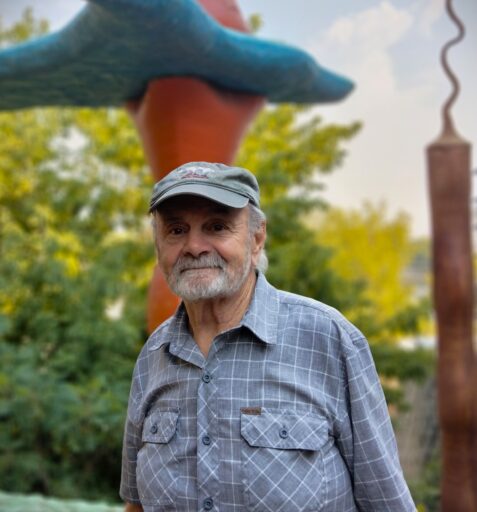 Chip Clawson came to Helena and the Archie Bray Foundation in 1977 as the Clay Business Manager.  Before retiring for the third and final time in 2017, he held several additional positions as Owners Representative for the David and Ann Shaner Resident Artist Center and the Education Building, as well as Facilities Manager, contributing a total of 36 years of his career to the Archie Bray Foundation.

As a sculptor, Clawson makes primarily public art, and large-scale architectural installations using ceramic materials, fabric-formed concrete and lightweight materials with digital technologies from his studio in Helena. With a large portion of his portfolio in clay, the last decade of work has seen Chip moving towards more architectural work, and using industrial materials such as concrete and industrial foam in tandem with digital technologies.

This exhibit has been generously sponsored by the Montana Arts Council, the Archie Bray Foundation, and TD&H Engineering.