Born January 15, 1940 at the St. Ignatius Indian Mission on her reservation, Jaune Quick-to-See Smith is an enrolled Salish member of the Confederated Salish and Kootenai Nation, Montana. Smith received an Associate of Arts Degree at Olympic College in Bremerton Washington in 1960, a BA in Art Education from Framingham State College, Massachusetts in 1976, and an MA in Visual Arts from the University of New Mexico in 1980.

Smith has been creating complex abstract paintings and prints since the 1970s. Combining appropriated imagery from commercial slogans and signage, art history and personal narratives, she forges an intimate visual language to convey her insistent socio-political commentary with astounding clout. Smith’s work carries tremendous weight and yet feels light and conversational—in large part due to this forged, personal lexicon of developed imagery. As critic Gerrit Henry, (Art in America, 2001) writes: “For all the primal nature of her origins, Smith adeptly takes on contemporary American society in her paintings, drawings and prints, looking at things Native and national through bifocals of the old and the new, the sacred and the profane, the divine and the witty.” For her ability to create and integrate her own visual language in her canvases, Smith produces multi-faceted work grounded in themes of personal and political identity. 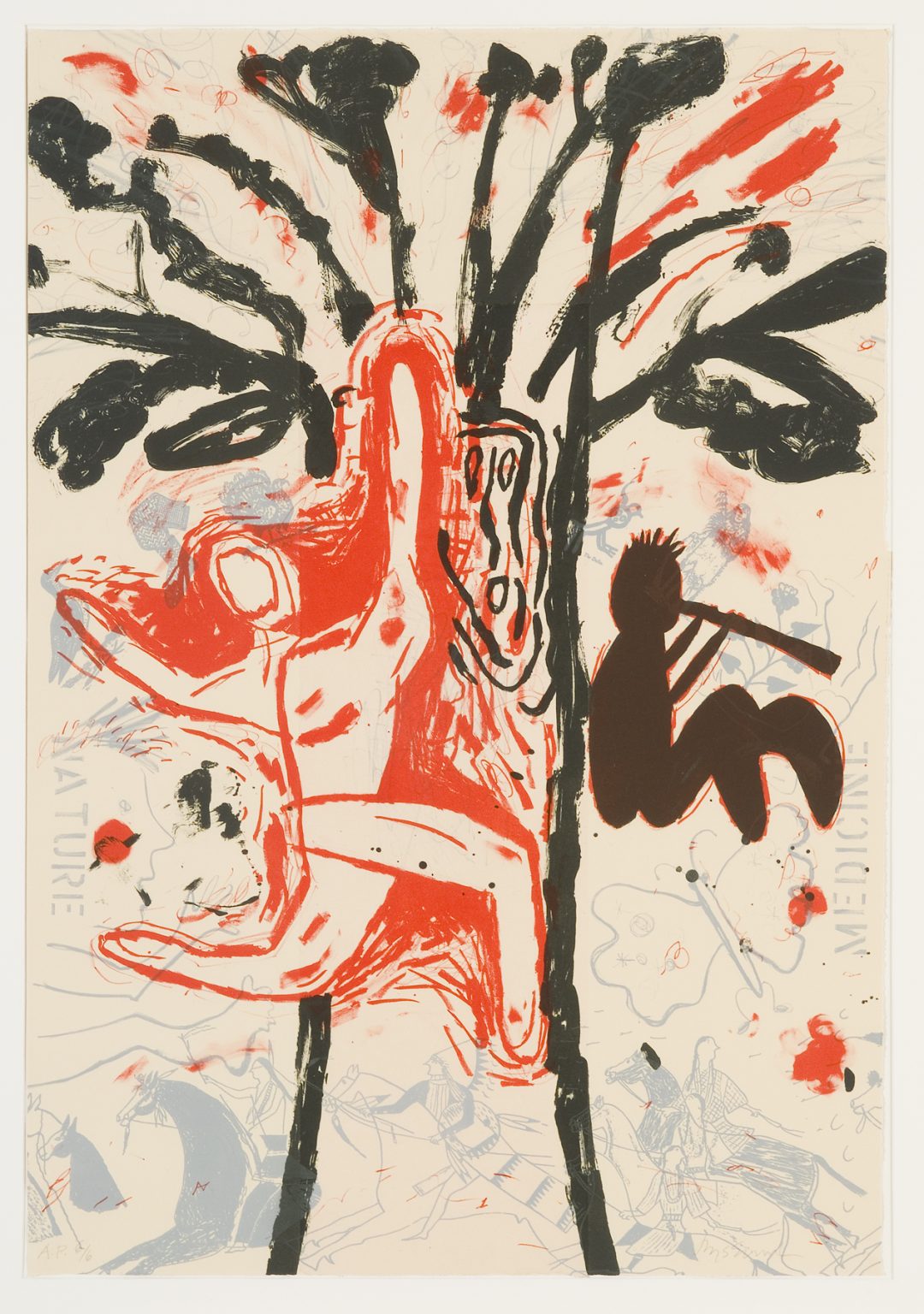 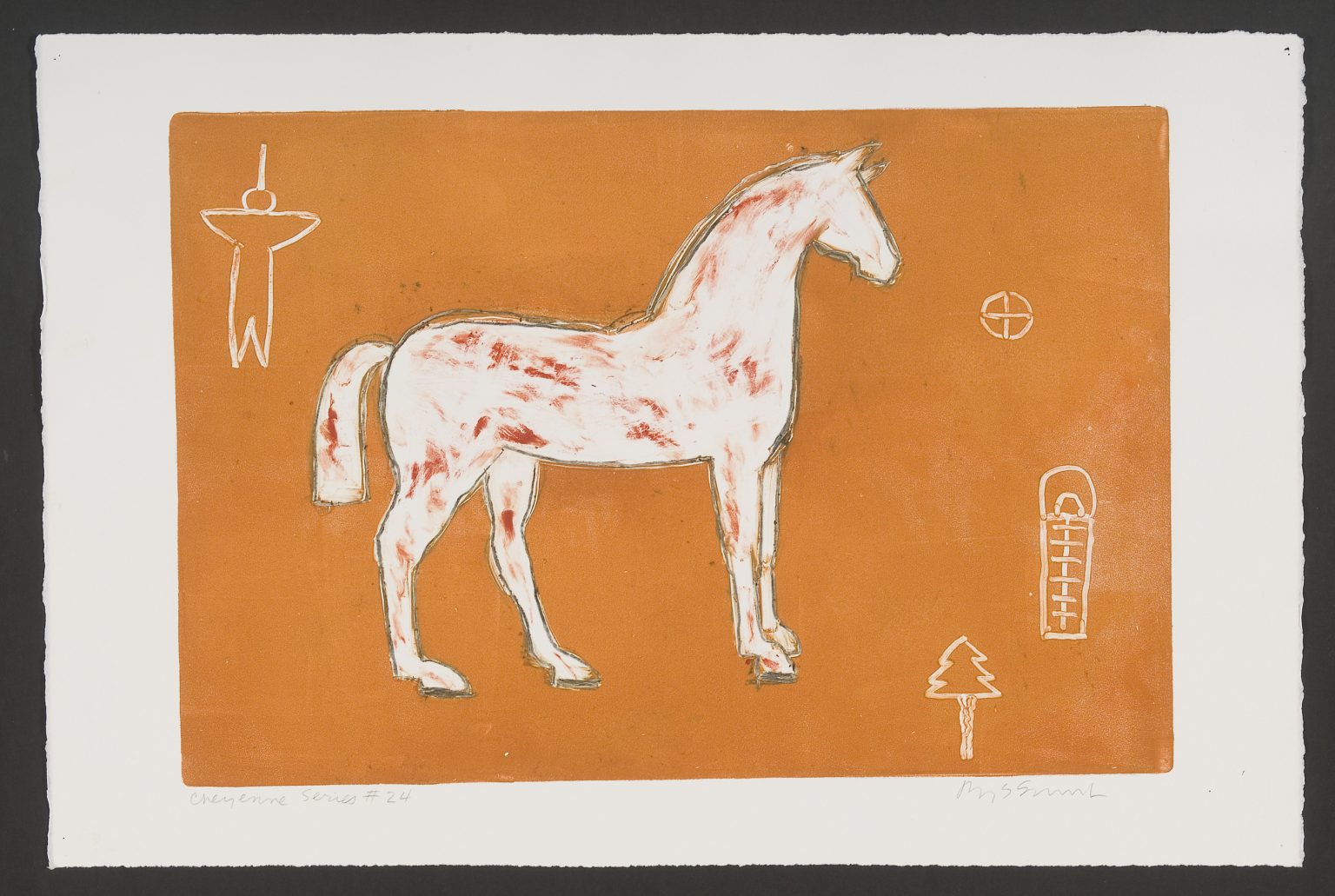